What's on your mind?

In season 5 episode 4 it is revealed that abed has tracking devices on Everyone in the study group he hasn't checked it in years and he's actually a very succesful director now... untill one day he checks it... and peirces tracker.. its moving.... abed has matured much more at this point and things realisticly thinking that maybe they just took it off, or maybe they were moving the coffin... either way his curiousity gets the best of him and he goes to a (insert the haircut shop or whatever) wher ehe see's the one and only pierce who instantly freaks out and trys to make a run for it, but of course abed just walks up to him and asks him what he's doing there pierce explains how he faked his death and starts to remember the old times and how no one let him join the adventures abed dismisses this and said they only did, because he was worse then britta, that makes pierce reminice and calls her a lesbian saying how he hopes she got a nice girlfriend which then gets into the topic of jeff, which then gets to anne which then gets to shirley, before finally getting to troy where pierce asks him if troy has returned yet. Abed says no but then starts to wonder then he explains to pierce that it has been 4 years and troy still hadn't showed up, he says he at first thought it would have been there so then troy could do better things in his life but he starts to realise that troy hasn't showed up once, and he quickly opens the tracker.... and he clicks on troys........

What do you think of the idea? 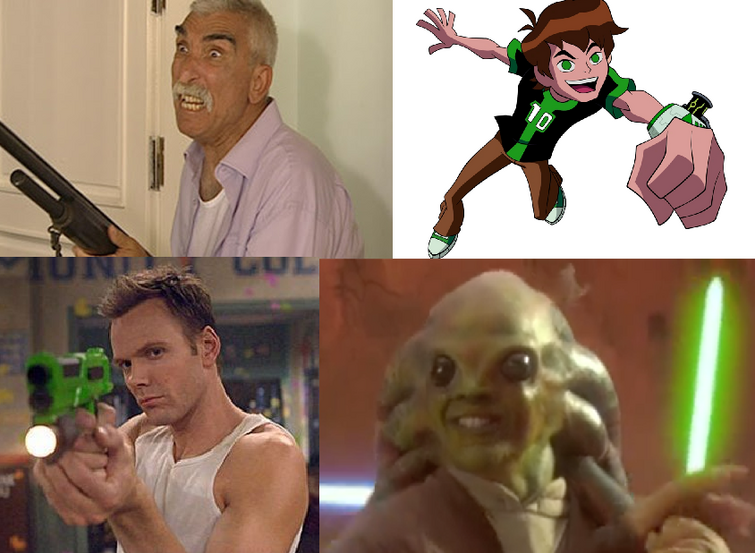 Like really, at the end of the show Britta's character arc kind of ended when we were just left with her as a bartender. I mean who else in Season 6 is she going to be with half of the main characters that are men left, leaving just Jeff and Abed. Jeff already at the end of the show was hinted towards Annie. I mean I suppose Britta could end up with Chang, but Britta and Abed seem more likely to me. 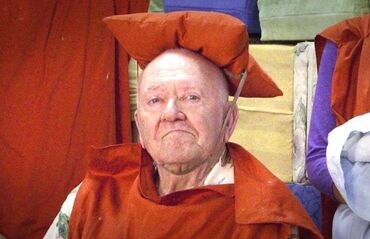 The United Forts of Pillowtown 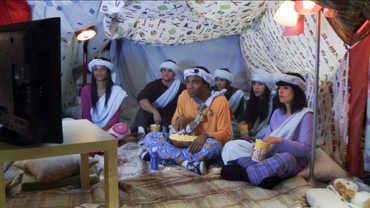 The Legit Republic of Blanketsburg 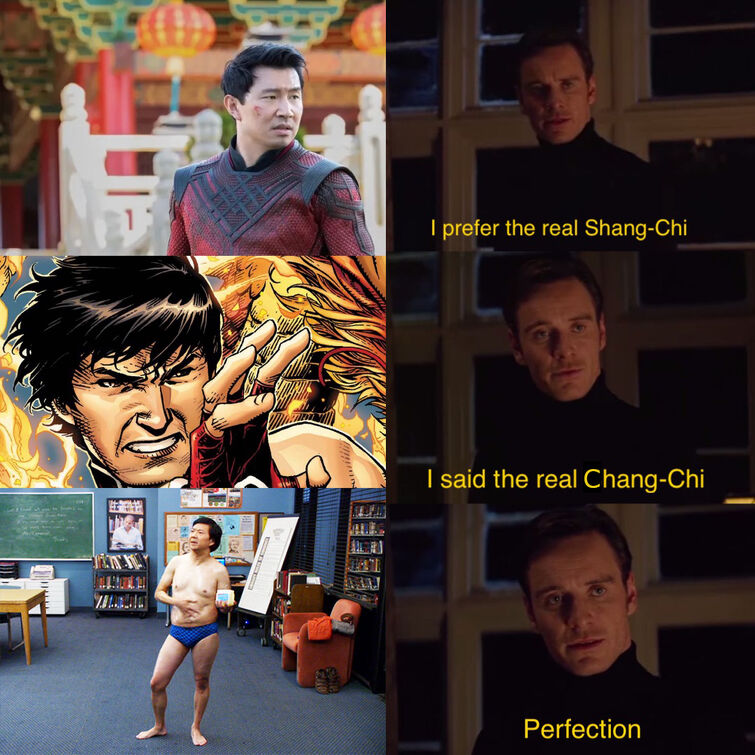 In Community S1 E6, there's this bassist in Vaughn's band. Does anybody have her name? It didn't show in the credits. Please tell me. Thanks!

I need a photo of him from feet to head, I've seen so many without his legs in the photo 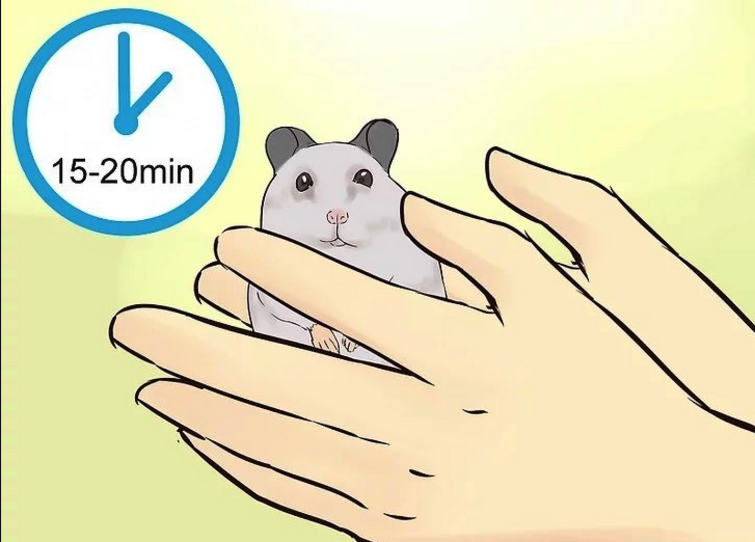 I posed this in the wrong wiki. Someone delete this.

When I was rewatching Grifting 101 a few weeks ago, I realized that the group didn't actually grift Mr. Desalvo. So, the story is he had a class 'Grifting 101' where he'd teach people how to grift but instead grifted them. Then they tried to grift him back but every time they were unsuccessful. However, Britta was talking with him and they came up with a scheme to grift the school. Desalvo pretended to be brutally injured on a flight of stairs and sued the school for 50,000$ and got the money. Then, they swapped out the briefcase and returned it to the school. Technically they never grifted him, because they never got any money off of him. They just..took money back. In my opinion it's the worst episode of Season 6, as I just don't like it at all. There could have been way more plot to this. The idea was could, just it wasn't executed well.

Talk about the movie has been growing ever since the reunion table-read, with Harmon basically confirming that a script is in the works and virtually all of the key pieces of the cast saying that they are totally on board, even Glover if memory serves me right. Talk has died down a little bit in the past few months, but I think with netflix we definitely have a solid chance. My bet is that it will happen ... one day. Any thoughts on when?

Basically a collection of episodes that don't take place inside the college itself. Memory ones don't count if they show the school (Curriculum Unavailable is disqualified)

Let me now if I forgot any

He wasn't a big character to the show at all, but many side characters that appeared in a similar amount of episodes at least had possible send offs/theories

For example, let's look at the similar send offs in his era (Season 1-Season 2)

Vaughn's actor left and was gone for every season after Season 1. He was sent off because he's into Hacky Sack and wants to be like Yngie Macadangdang Junior and goes to a college in Delaware. Annie wants to go with him, but realizes it's best to stay with her friends. There is no actual breakup scene, but you can tell that seeing her make out with Jeff right after would most likely indicate them separating. Vaughn isn't mentioned again (that I'm aware of) and disappears (but with this, we know he's at some college in Delaware).

Similar to Vaughn, she leaves in the same sense. Except, she doesn't really have a proper send off, since she just..well disappears after Pascal's Triangle Revisited. However, she is mentioned again in Intro to Political Science it is indicated that she is missing. My theory is that, by the end of Season 1 Jeff officially broke up with her after not being able to choose between her and Britta. I assume she was embarrassed by this, and fled to somewhere else in Colorado, maybe even a different state. Since she is missing, she's probably gone by Summer 2010

He just disappears after the episode that he was featured the most in. With Asian Population Studies, he is given a really big role of him finally getting along with Jeff (not that he didn't get along with Jeff, just Jeff didn't get along with him) Then, he's featured in an episode of Troy and Abed in the Morning, where it looks like he's going to make another appearance..and then just doesn't. It's strange and his character really isn't mentioned at all after that. Another thing to note is that this is the same thing about Professor Duncan. Except, I am aware of when he's mentioned again in Season 6 Ladders where his name is shown on the door Abed cleans. Aside from that, Duncan disappears permanently, but isn't missing. He just left the SGC but apparently remained a teacher.. I'm guessing he remained a teacher, as it's likely his office name panel would have been replaced with another person name.

Okay, so I understand the entire drama about the season 4 creators being swapped out, with Dan Harmon no longer being in control of the show until Season 5, which does give more context to these moments, but I'd still like to point it out as it makes no sense whatsoever.

In Season 4 Episode 12, Heroic Origins, we see that Abed is putting together a binder/scrap book full of the origins of the characters and how the intermingle with each other (hence the name). It is shown that Jeff helped Mysti in a court case against her allegation on stripping. When he walks out, we see that he takes a photo with Britta that neither of them remember. But, what's important to note is that Britta is holding a sign encouraging that ''Wombyn can do what they want with their body'' or something like that, I forgot. Implying that Britta supports adultery. However, in Season 6 Episode 8, Intro to Recycled Cinema we see that this is the exact opposite. As quote from her herself.

Britta: ''You make it harder for all women when you do that.''

Yes, you could tell me that she changed, but I doubt Britta would have two different feministic opinions that change over the course of 7 years. It may be likely, but it just feels strange to have both of these different feminist views on the topic. Let me know what you think.

Of course, the show is over and ended 6 years ago (we are still waiting on the movie) But, it'll be fun to see what other peoples' ideas for other episodes would be.

Has anyone tried CBDCommunity Wiki