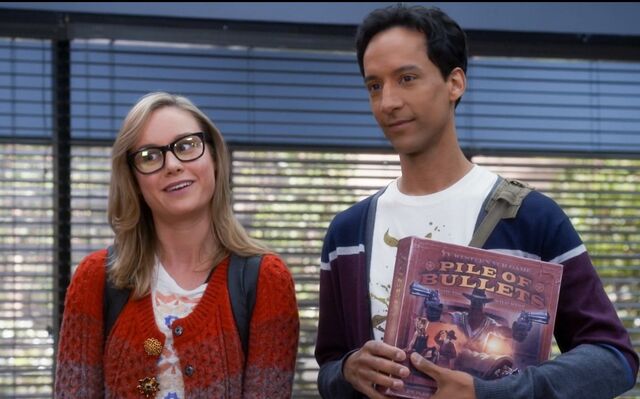 Rachel does not appear in the last season but there are possible references to her by other characters. Abed acknowledges her absence in "Ladders" during a meta conversation where he raised the question "What happened to the girl I was dating?" and Annie mentions an old email Abed sent to "his girlfriend" in "Basic Email Security." It is unclear if they are still dating: Abed refers to a time when he ‘was’ dating her with no indication of whether that is still the case, although Abed is never seen pursuing any other serious relationships.

In the real world, Rachel’s absence can be explained by Brie Larson's schedule: Rachel's return in Season 5 was described by Dan Harmon as a favor to the show more than the introduction of a major recurring character.

Retrieved from "https://community-sitcom.fandom.com/wiki/Abed_and_Rachel?oldid=71360"
Community content is available under CC-BY-SA unless otherwise noted.