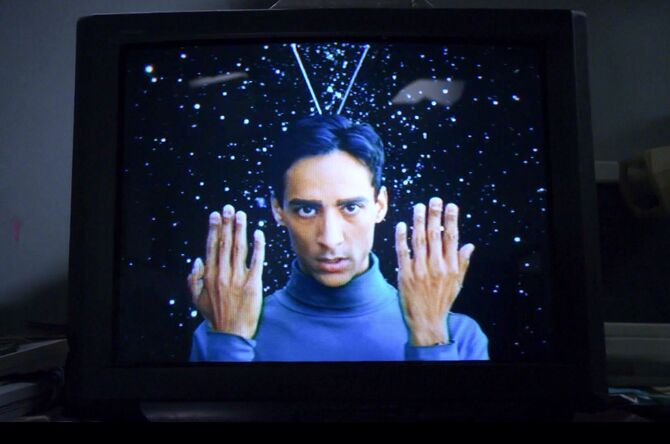 “Silencio. Por favor. Star-Burns. That means you.”— Chang
“My name's Alex, dude.”— Star-Burns
“Well maybe you should spend 5 hours sculpting that in your face.”— Chang

“It's a tiny piece of paper. Okay? That's all it is. Tiny piece of paper...containing all the information covered on the test otherwise known as a crib sheet. Who did it? Maryanne...Grandpa...Jackee...Kumar? There's one Asian stereotype that does apply to me: whoever did this insulted my honor, and they've got 24 hours to come forward, or Mr. Miyagi here will wax off everyone's score, and THE WHOLE CLASS GETS A CERO! Except you, Toby.”— Chang

“If I'm going to cheat, I'm not going to copy information from a book onto a piece of paper. That's practically learning, for God's sake.”— Jeff

“It sounds like there are two biases, one on each side, and I go both ways.”— Dean Pelton

“Gentlemen, I'm sure you've suspected that Miss Perry was pretty odd before the recess, but if you could have heard all the stuff she told me in the shower, you would realize she is all the way out of her entire damn mind. She doesn't want to succeed because she doesn't think she can. So she goes out of her way to fail. That's crazy. But do we really want to make it a crime to be crazy at Greendale? I mean, look at us. You two are arguing about status at college that correspondent schools make fun of. Dean, you want so bad for this place to be Ivy League that you are putting us at risk of electrocution because everyone at on this campus is nuts.”— Jeff, delivering his patented Winger speech

Retrieved from "https://community-sitcom.fandom.com/wiki/Advanced_Criminal_Law?oldid=70864"
Community content is available under CC-BY-SA unless otherwise noted.