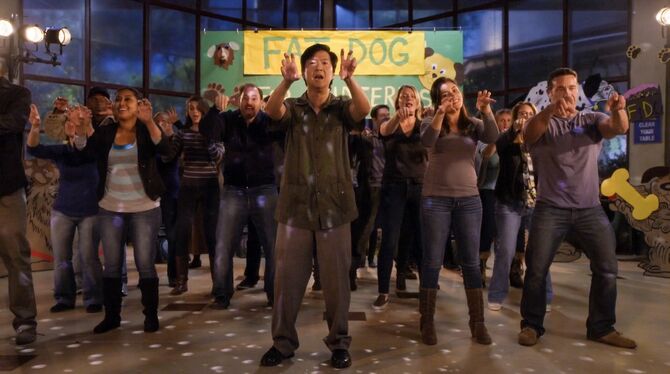 “Too soon for this! After this morning in Wisconsin! Bear breaks loose at a kid's birthday party, mauls a whole bunch of people? Why am I explaining this when this is obviously a ghoulish reference to it? The news has been covering it all morning!”— Neil
“That where I got the idea. You know how sometimes you hear something and forget you heard it, but you think you came up with Oh, man. This is bad.”— Chang

Retrieved from "https://community-sitcom.fandom.com/wiki/Analysis_of_Cork-Based_Networking?oldid=70922"
Community content is available under CC-BY-SA unless otherwise noted.