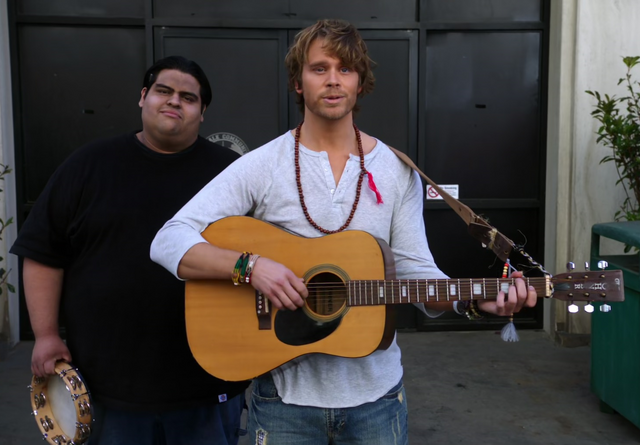 In their freshman year at Greendale, Jeff and Britta attempted to break up Annie and Vaughn Miller who had just started dating. Although they claimed it was for her own good, both of them had selfish motivations for not wanting them to date. When Vaughn does break up with Annie due to their machinations, Annie learns from Troy that they were responsible and confronts them about their actions. Jeff and Britta try to apologize the next day at the study group meeting, but this only causes an argument to break out amongst the group. Their arguing is cut short when everyone hears music playing outside the library. They exit the building to find Vaughn standing in front of Borchert Hall. After telling Annie he misses her, Vaughn and his drummer perform this song:

Retrieved from "https://community-sitcom.fandom.com/wiki/Annie%27s_Song?oldid=69262"
Community content is available under CC-BY-SA unless otherwise noted.