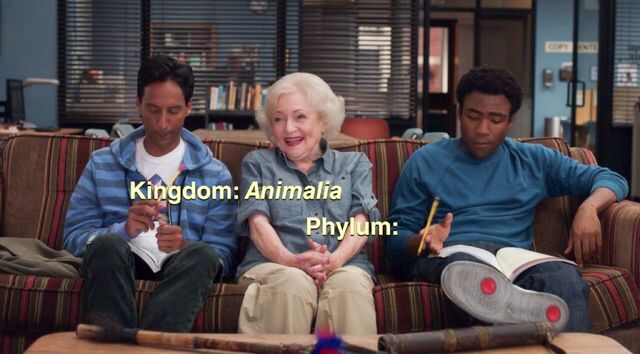 Troy and Abed perform a rap with Professor June Bauer in the Season Two premiere episode "Anthropology 101". Like the previous "Spanish Rap", this is mostly a nonsensical rap; this time, it is describing the scientific classification of human beings instead of random Spanish words. The refrain of the song is from the 1982 hit single "Africa" by the American rock band Toto. It is sung by Professor Bauer played by guest star Betty White.

The refrain of the "Anthropology Rap" is from the 1983 song "Africa" by the band "Toto".
(see Trivia section below for more details)

Retrieved from "https://community-sitcom.fandom.com/wiki/Anthropology_Rap?oldid=68128"
Community content is available under CC-BY-SA unless otherwise noted.