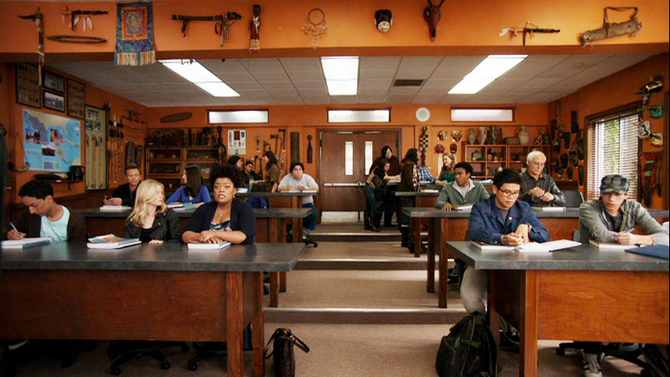 Lessons from the blackboard Edit

Broadly speaking, there are three types of locomotion covered in Anthropology 101:

These notes do not change for an entire semester, until Asian Population Studies. Ian Duncan then adds the word "penis" in large capital letters, underlined five times, under the heading "Anthropology Introduction to the Study of man".

Retrieved from "https://community-sitcom.fandom.com/wiki/Anthropology_classroom?oldid=69181"
Community content is available under CC-BY-SA unless otherwise noted.