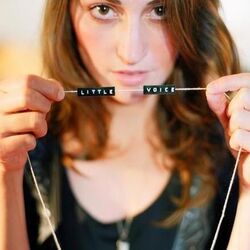 The actress portraying the Balloon guide is American singer/song writer Sara Bareilles. Her 2009 song "Gravity" from the album "Little Voice" was featured in an infamous Jeff and Annie Community shipping fanvid of the same name. The song "Gravity" would later be used in the Season Two episode 'Paradigms of Human Memory" to pay homage that particular shipping video. In "Intro to Felt Surrogacy" which featured Bareilles herself, the song title was referenced several times by Shirley and Britta during an argument they were having.

Retrieved from "https://community-sitcom.fandom.com/wiki/Balloon_guide?oldid=67470"
Community content is available under CC-BY-SA unless otherwise noted.