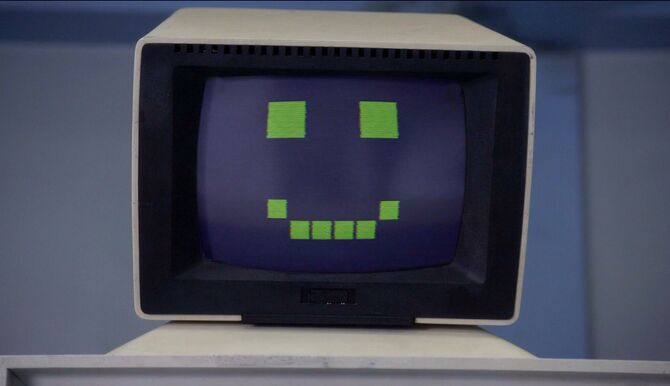 “The two-parter's (alongside Community Season 5 Episode 12) Goonies-meets-an-existential-crisis vibe presented the show in its most unadulterated form - creating a solid bedrock to send off for the Greendale...wait, are they back to 7? (4.7 / 5)”

“All told, I think both episodes comprised a very funny hour that didn't go as far off the deep end as many Community episodes do, yet still stood out from the rest of the comedies on network television.”

“In an episode jam-packed with great meta moments, nothing will beat Abed’s line near the end. “We’ll definitely be back next year. If not, it’s because an asteroid has destroyed all of human civilization. And that’s canon!” (9.2 / 10)”

“If this winds up being the actual end (more on that in a moment), it felt appropriate that we would go out with an episode that was so acutely and vocally aware that it could be the last episode of a low-rated but beloved sitcom. And if Jeff thinking warmly about Britta, Annie, Abed and even Dean Pelton to reboot the computer wasn't a surprising character moment at this point in the series — even he long ago stopped pretending that he'd rather be rid of this place and these people — it was still a touching one.”

“...But its big emotional climax also involves Jeff trying to trick an ancient computer into feeling intense passion because of his love for his friends, and it features Chris Elliott at his Chris Elliott-est. Neither of these is unworkable, but the whole thing sort of feels thrown together at the last minute so everybody can head out for summer break. (B / season grade B+)”

“...“Basic Sandwich” was just a whole lot of fun. Every character had at least one moment to shine, and there was the added bonus of seeing Chris Elliott as Russell Borchert. It was a smart and funny episode to cap off an uneven season, and it left me wanting more. (5 stars)”

“Basic Sandwich” was not a revolutionary episode of the show that we’ll go back and watch a dozen times, but it was still an enjoyable romp [and] we still enjoyed it enough that we’re left chanting “six seasons and a movie” all over again. (A-)”

“On some level, I have to think this is the point of “Basic Story” and “Basic Sandwich”; the stories are so absurd and superficial, it’s as if they’re designed to fall apart under the slightest scrutiny. Whether it’s devilishly clever writing, or just a mix of laziness and exhaustion from the end of a long production season, it makes for an interesting – if not slightly disappointing – interpretation of “the journey is more important than the destination.”

“Even if we do save Greendale, which Greendale will we be saving?” Annie wonders. It’s a question worth asking, especially following last week’s filler episode in which the premise was that there was no premise to speak of (at least until the final moments). It was a little too on-the-nose, even for Community. But this week’s episode, and most of the other ones from this season, suggest that the show still has life in it.”

““Basic Sandwich” is certainly a satisfying end to the uneven fifth season. The concept behind it is a bit shaky, consisting of a trip to a computer lab underneath Greendale, complete with the creator of the school and his emotion-lacking computer. However, the actual interactions we get are effective. (B+ / season grade B)”

“This show has always been ridiculous. But the story idea of a treasure hunt kind of takes the cake. But it allowed them to have a ton of fun in this episode, as they always seem to do. (9.0 / A)”

“Abed spells out that this might be a possible finale as his way to understand what’s going on, which straddles the line between clever and obvious, but it works in the context of the show. This season has been a little more aware of itself than usual, or perhaps is less afraid of embracing its more out there ideas, but this also ties into the show’s existentialism.”

“The first part of Community’s two-part finale, “Basic Story,” was really rather a mess that felt like several disconnected plotlines and underdeveloped concepts tossed together. It did have those brief moments where it felt like possibly the show was returning to a familiar, good place ... Well, the second part, “Basic Sandwich,” gets rid of all the complicated stuff, but even the few good bits get thrown out with it. The episode is even less funny, more emotionless, and at times feels so comically unfamiliar; it’s like if the Farrelly brothers made a Community movie.”

“For a season/possible-series finale, it's pretty grounded compared to other season enders, with minimal use of the supporting cast and not much of a resolution for anyone's attempts at a degree. I assume it was for budgetary reasons that the regular co-stars don't appear in an episode about saving Greendale, but it's still kind of a bummer - Magnitude should have been around to offer up a "Pop, pop!" during the celebration, instead of a bunch of random anonymous extras.”

“"Community" Season 5 has nothing to lose and everything to gain in its finale, "Basic Sandwich." That's probably why the episode essentially dares NBC not to renew it for a sixth season (and a movie).”

“If you’re a sucker for Abed’s meta commentary, “Basic Sandwich” was essentially Mecca and I happen to be such a sucker so his musings threading through the entire half hour were just so perfect that the lack of any sort of meaningful depth was easily forgiven.”

“Somewhat lost in the dense fog of the meta-commentary of the episode is the fact that "Basic Sandwich" was really funny. Starting off with a good comedic lead-in with the "buried treasure" bit, the writers clearly had a good bit of fun with having the characters pull off a cartoonish "Scooby-Doo"-esque caper in the bowels of Greendale.”

“The last review I wrote for this series was the Dungeons and Dragons episode, which was classic Community just by the theme alone. I’m happy that I got the opportunity to review this season’s finale, as it was classic in that it one of the most meta Community episode ever produced.”

“I expected more from this season because of Harmon’s return. I expected a central theme that progressed the characters. I expected them to learn and to evolve, not to merely circle around the same themes and plots from years past like a hamster on a wheel or a person on a gym treadmill. So if “Basic Sandwich” is the series finale of Community… what did I think of it, exactly? I thought it was a decent farewell to an okay season but that it was – when it boiled down to it – reminiscent of a hamster on a wheel.”

"Basic Sandwich" was watched by 2.87 million American viewers and received a 1.0/4 share in the 18-49 demographic. It placed third out of fifth in its time slot behind CBS's "The Big Bang Theory" and Fox's "Hell's Kitchen" and above ABC's "Grey's Anatomy" and The CW's "Vampire Diaries" respectively (zap2it.com). The ratings rose from the previous episode "Basic Story" which garnered a series low of 0.9/3.

“I robbed your brain! I ROBBED IT!”— Richie