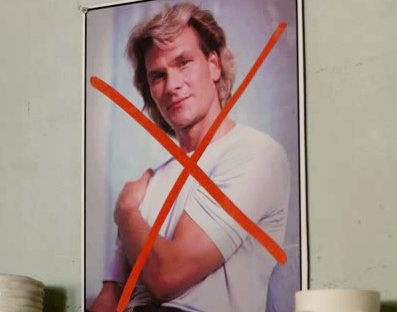 “How about you, Abed? Wanna sail with us? There's black people.”— Pierce

“Jeff's competitive side had come out before, he had even displayed envy. But on that first day of pottery class he discovered-”— Abed, narrating
“Abed!”— Jeff
“Yeah.”
“What did we discuss?”
“No voiceover, I'm sorry. It is kind of a crutch.”

“Reef the mainsail and furl the jib.”— Shirley
“Is that nautical talk or urban speak?”— Pierce

“I've never been a Captain before.”— Shirley
“I have! I commanded a jet ski through an electrical storm and only had one causality!”— Pierce
“Jet skis only hold two people.”— Troy
“Exactly I saved half the crew.”— Pierce

“Well anyone can be a lawyer. You can even represent yourself. You can't do surgery on yourself, it's illegal. You'd get arrested. And then you get a free lawyer.”— Abed

“I feel like I'm being interrogated but by someone who doesn't really want to know anything important.”— Rich

“I hope I get multiple personalities; I get lonely in long showers.”— Troy upon learning that many psychological issues manifest during college

“Congratulations. You failed a class so easy that people passing in the hallway get a contact credit.”— Professor Holly

“Jeffrey, when I was born I got my umbilical cord wrapped around my neck, both arms and one of my ankles. Mom said there came a point when the doctors stopped delivering me and just started laughing. I mean, if I ever let being bad at something stop me, I wouldn't even be here. That thing some men call 'failure', I call living, breakfast. And I'm not leaving till I've cleaned out the buffet. Now, how about a shove?”— Pierce
“Good luck, Pierce.”— Jeff
“Don't need it. Never had it.”— Pierce

“Jeff, you're a normal person. There's nothing very special about you at all. You're going to be great at a few things, but really crappy at more. And that takes a lot of the pressure off, so you can live a full, happy life. Oh, and sorry it took me so long to tell you that. And it was only in your imagination. My bad. I'm kind of a sloppy mom.”— "Jeff's Mom"
“That's okay, Mom. Nobody's perfect.”— Jeff

Retrieved from "https://community-sitcom.fandom.com/wiki/Beginner_Pottery?oldid=70649"
Community content is available under CC-BY-SA unless otherwise noted.