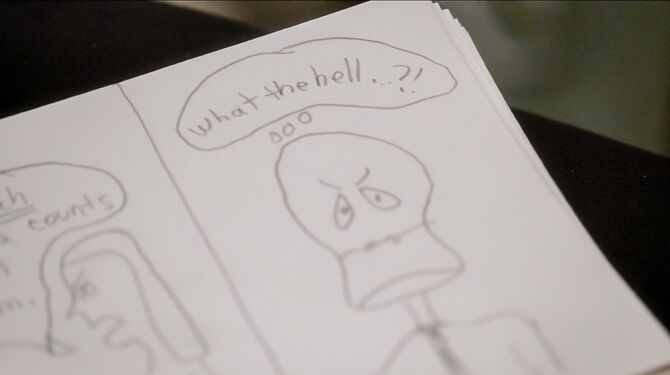 Duncan asks Dean Pelton about a Tex-Mex place he once suggested for lunch. The Dean tells him it's called "Salsa Von Tacos" and assumes he is being invited to come. Pelton is embarrassed when his assumption is corrected, leading to an awkward exchange between them. The two have a few emotional outbursts and unexpectedly bond after sharing some personal secrets. After they hug it out, Duncan swears he won't go to the restaurant, which pleases Pelton. 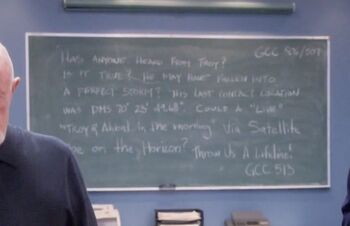 "Bondage and Beta Male Sexuality" was watched by 2.56 million American viewers. It revived an 18-49 rating/share of 1.0/3. hitting season low ratings. The show ranked third in its timeslot for the night behind CBS "The Big Bang Theory" and FOX's "American Idol" placing twelfth overall for the night. 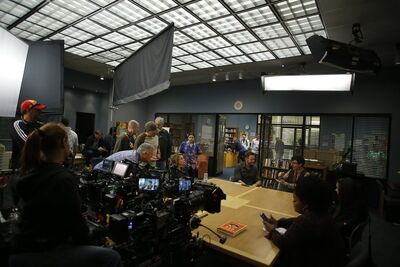 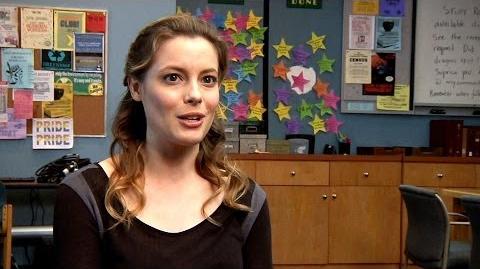 “Isn't she great? She's everything I love about America. Bold, opinionated, just past her peak and has started to realize that she has to settle for less. And the moment she needs a shoulder to cry on [pulls out handkerchief] BAM!”— Duncan describing Britta

“You're a bad person and a bad cartoonist!”— Abed
“You go ahead, hurt my feelings!”— Buzz Hickey
“Oh, you have feelings?! Have you considered putting them into your work? Your cartoons are monuments to joylessness; nervously assembled jokes based on nothing from your life or anyone's life! You're furious at me for being creative because you want to be able to create. You have all this rage and shame and loneliness which I don't even know how to feel much less understand and you decide to put what on paper? A duck? Jim the duck?! You think I'm crazy?! You think there's something wrong with me?! Jim the duck!”— Abed

“I just don't like being left behind!”— Dean Pelton
“MY FATHER GOT DRUNK IN PUBS AND LEFT ME IN THE ROOM WITH NOTHING!!!!”— Duncan