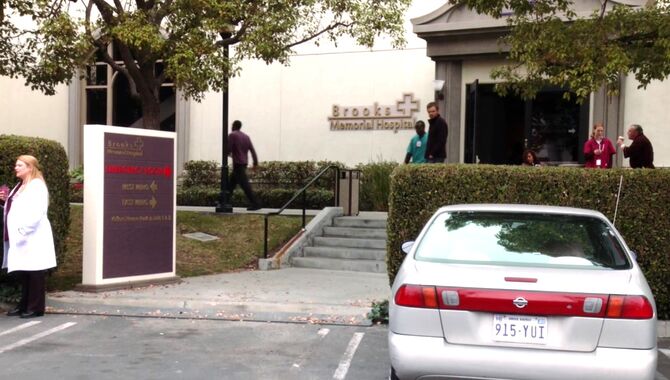 The Brooks Memorial Hospital is a Medical health care institution. Located in Greendale county, it provides state of the art provide medical care. The hospital treated Pierce Hawthorne in 2011 after he had an accidental overdose. On the same day, a student documentary film crew recorded footage for a project they were working on and the facility was visited by actor LeVar Burton. Its first appearance was in the Season Two episode "Intermediate Documentary Filmmaking".

Retrieved from "https://community-sitcom.fandom.com/wiki/Brooks_Memorial_Hospital?oldid=60572"
Community content is available under CC-BY-SA unless otherwise noted.