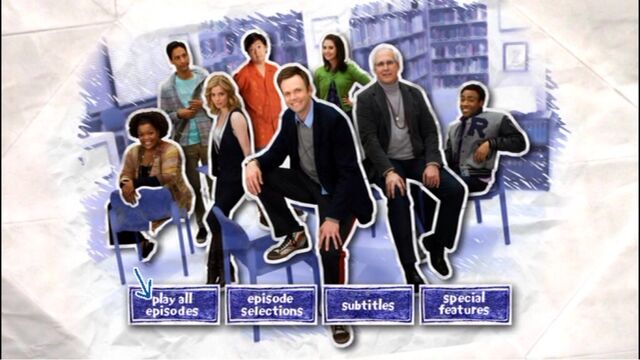 Community The Complete First Season
First appearance: September 21st, 2010 — Owned by: fans of the show — Used by: DVD player
Purpose: 4 disc collection of Season One— Made by: Sony Pictures Television

From the DVD cover:

Sony released a trailer for Season One as a promotional video for the release of the DVD containing various highlights from the first season. A roll call of the main characters was given, and top billing was given to the more recognizable members of the cast at the time: Joel McHale, Chevy Chase, and Ken Jeong. Included were quotes from TV Guide and Newsday that praised the show.

Retrieved from "https://community-sitcom.fandom.com/wiki/Community_The_Complete_First_Season?oldid=62624"
Community content is available under CC-BY-SA unless otherwise noted.