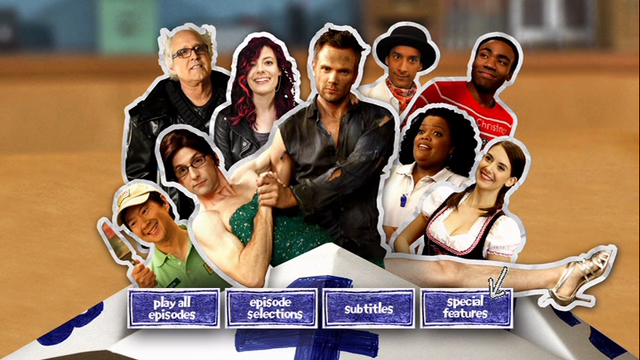 The Season synopsis as it appears on the DVD cover:

It was revealed in a Vulture article that Harmon (who returned as Executive Producer and showrunner for Season Five) was asked by Sony to do commentary for the Season Four DVD release but he ultimately declined.

Retrieved from "https://community-sitcom.fandom.com/wiki/Community_The_Complete_Fourth_Season?oldid=62627"
Community content is available under CC-BY-SA unless otherwise noted.