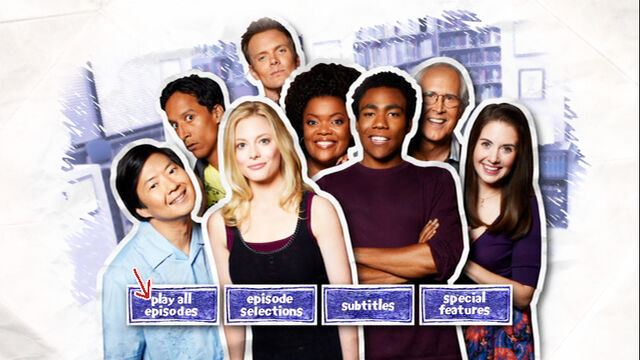 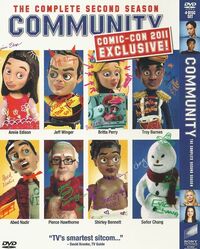 The cast and crew of Community attended a panel at the 2011 San Diego Comic Con. Those fans in attendance received an exclusive alternate cover to the Season Two DVD set featuring the study group and Ben Chang in their stop-motion animated forms.

Retrieved from "https://community-sitcom.fandom.com/wiki/Community_The_Complete_Second_Season?oldid=62625"
Community content is available under CC-BY-SA unless otherwise noted.