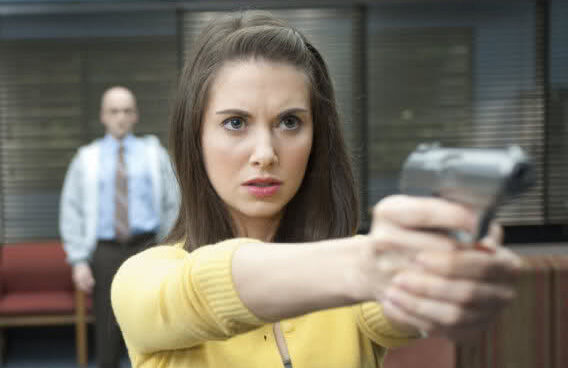 Below is a chart that lays out the twists and turns of the various conspiracies shown in this episode. 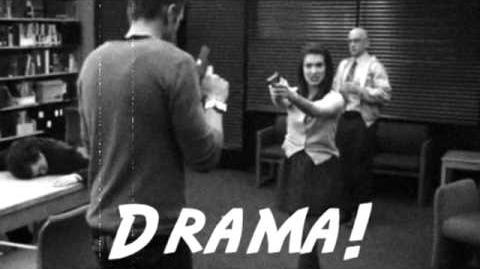 At the time of the episode's release, the episode was sometimes referred to by another title, "Conspiracy Theories and Soft Defenses"[1].

“A blanket fort? Wow.”— Britta
“You can come hang out in it with us later if you want.”— Abed
“Thanks, but I think I'll find something more grown up to do.”— Britta
“Enjoy eating fiber and watching The Mentalist.'”— Troy

“The ultimate Jeff Winger blow off class: The one that doesn't exist.”— Britta

“I have always dreamt of playing charades with you, Jeffrey. Just not like this. And not on dry land.”— Dean Pelton

“Jeff, you made up a professor and he just appeared out of thin air. You're not the least bit curious how that happened?”— Annie
“My latest theory: maybe I'm God. I've denied the signs for too long.”— Jeff

“But Jeff, I only did it because I love you!”— Annie
“When you love someone, you have to take them as they are. People aren't play things, Annie.”— Jeff

“After we kissed, I waited all summer to see you. You buried me like a shameful secret. What's the matter, Jeff? Afraid crazy Annie would go crazy for you? Well, guess what. Annie's got a gun.”— Annie

“Fact: in 100% of all fake gun related shootings, the victim is always the one with the fake gun.”— Officer Cackowski