Community Wiki
Register
Don't have an account?
Sign In
Advertisement
in: Community Episodes, Season 4 Episodes, Troy and Abed,
and 2 more

Conventions of Space and Time 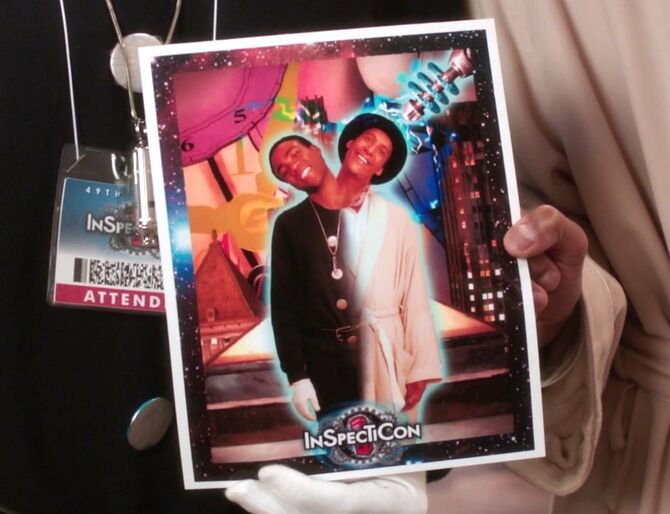 Conventions of Space and Time
Table of Contents:

The study group watches the American version of "Inspector Spacetime" starring Luke Perry and Jennie Garth. Abed then tells Pierce that he hates him.

Television critic Jace lacob of the online entertainment news site "The Daily Beast" announced on his twitter account the name of the episode on January 21, 2013. He had seen previews of it and "History 101" and gave the episodes favorable reviews.

Speaking of Community, I’ve seen the show’s long-awaited Feb. 7 season premiere — and it’s good. Like, really good. Like, you’d-almost-never-know-Dan-Harmon-left good. I also screened a second Season 4 installment — the one set at a Comic-Con-esque convention — and that episode was… um… how shall I put this… [crickets] Did I mention the premiere is good?

The same location used for Jeff's law firm is used for this episode as the hotel/convention center for "InSpecTiCon" in this episode.

“I've never been on an adult vacation before. This is the first time I've stayed in a hotel without a number in its name.”— Annie