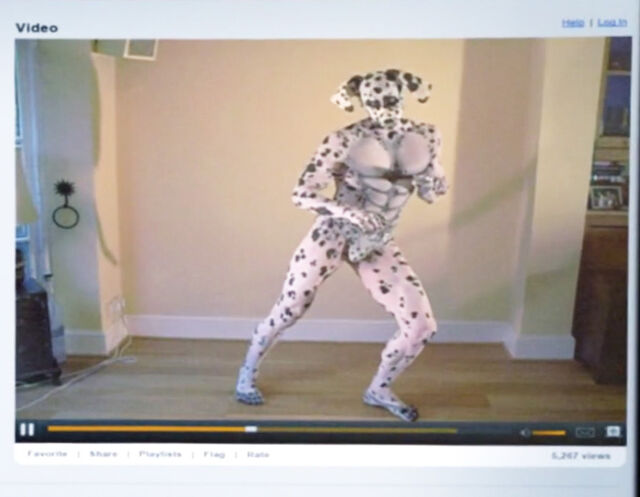 In the study group's freshmen year at Greendale, Dean Pelton was introduced as a relatively normal if somewhat bumbling and incompetent administrator. He eventually revealed a more bizarre side to his personality which manifested itself in his crush on Jeff, his penchant for dressing up in various costumes and a creepy obsession he discovers for Dalmatians. The origin of this fetish for the spotted dogs started when he watched a particular video on Youtube featuring a man dressed in a Dalmatian costume. It became a running gag on the show with many references being made to his fixation in several episodes. Its first appearance was in the Season One episode "Environmental Science".

Apart from his office being decorated with various Dalmatian posters and figurines (first appearing in "The Science of Illusion"), there have been several instances where Pelton's fetish have been prominently featured:

Dean Pelton is seen inside his office watching the Dalmatian video for the first time. He worries that seeing it might awaken something inside of him.

Dean Pelton is seen admiring a Dalmatian costume that was delivered to his office. He had just opened up the package and appeared to be about to try it on when he was interrupted by a call from Annie.

The Dean puts out a personal ad looking for similar Dalmatian fetish persons. His ad is answered by a person wearing a Dalmatian costume who shows up at the Tranny Dance. While he is dancing with that "furry" another fetishist in a Dalmatian costume arrives to the dance to which Pelton says "dream coming true". 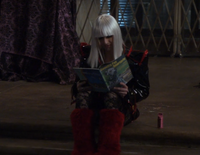 The Dean is reading a book featuring a Dalmatian on the cover when the army arrives to deal with the infection.

"Alternative History of the German Invasion"

Chang (Kevin at the time) can be seen in the background removing the stuffing from a Dalmatian-pattern throw pillow, with a plush Dalmatian next to him

More Dalmatian-themes toys, posters, and stationery are revealed; in addition, the Dean is working on a collage on his vision board, which prominently features Dalmatians.