Community Wiki
Register
Don't have an account?
Sign In
Advertisement
in: Places, Troy and Abed, Troy Barnes,
and 2 more 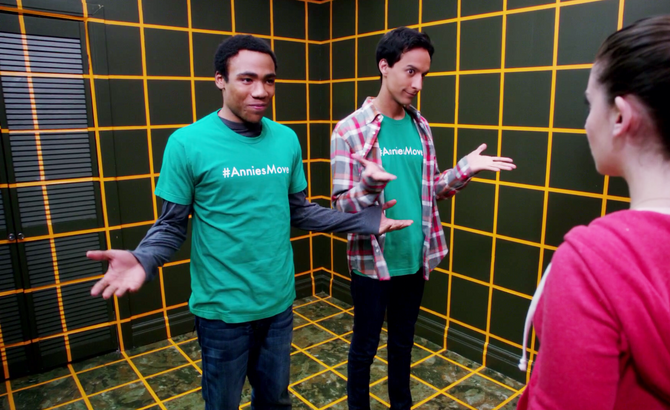 The Dreamatorium is a special play area that is set up in the second bedroom of Troy and Abed's apartment. According to Abed, it's a virtual play room, a place where they can go anywhere and have any type of adventure, the catch being that it only works in their minds. Aside from the blanket fort they constructed in the living room, it's the place where Troy and Abed will often spend most of their time; it is considered by them to be the most important room in the apartment. Its first appearance was in the Season Three episode "Studies in Modern Movement". It makes subsequent appearances in the latter half of the season before it's finally dismantled in "Introduction to Finality".