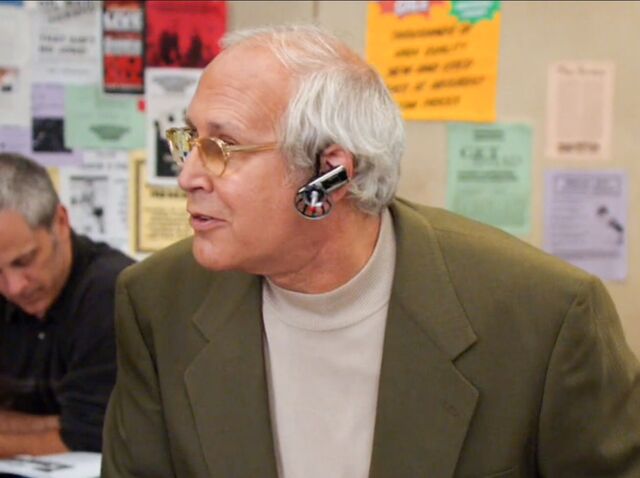 In the study group's first year at Greendale, Pierce first demonstrated his love of expensive gadgets by showing off his latest toy: The "Ear-Nocular". It resembled a blue-tooth ear piece except it had a miniature satellite dish attached and wore it in his left ear. He tries to impress his friends with its abilities touting it as a device that enhanced one's hearing and was used for espionage. The "Ear-Nocular's first appearance was in the Season One episode "Social Psychology".

Retrieved from "https://community-sitcom.fandom.com/wiki/Ear-Nocular?oldid=62536"
Community content is available under CC-BY-SA unless otherwise noted.