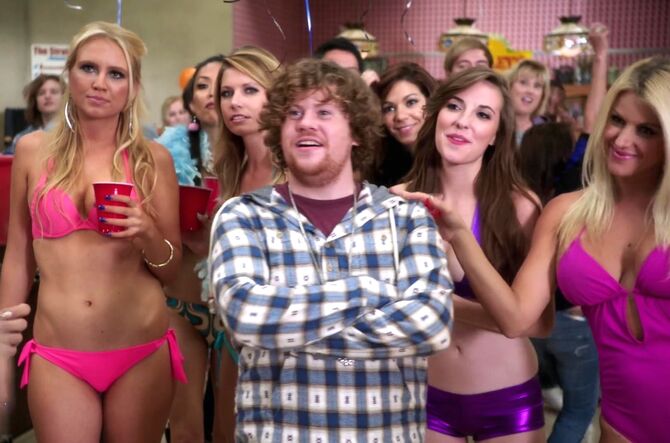 Troy and Britta are lying in bed together and watching a commercial for Let's Potato Chips. After Troy mentions how Britta is still eating "Splingles," Britta responds that they have 30% less fat, causing Troy to tell her he has a headache and she should go home.

“Physical Education Education? Thought that was a typo in the course "cartalog."”— Troy
“It started as a typo, but it's grown into one of Greendale's most successful programs.”— Coach Jason Chapman