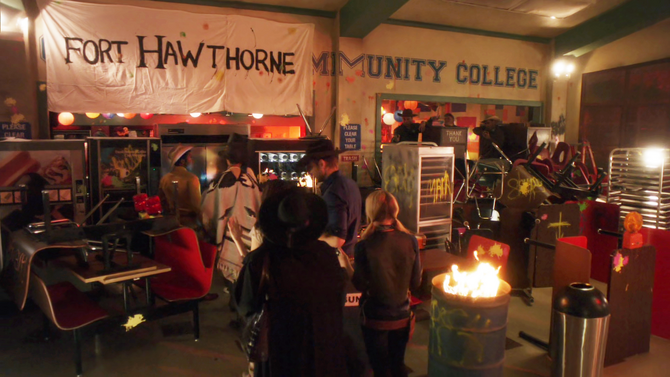 Fort Hawthorne was a refuge from Greendale's 2011 Paintball Assassin game. It was located in the cafeteria and created by Pierce Hawthorne, who kept a small but loyal group of students to keep the area a safe zone from the competition. Paintball gun's had to be surrendered before entering (excluding Fort Hawthorn Personnel). Its first and only appearance was in the Season Two episode "A Fistful of Paintballs".

Retrieved from "https://community-sitcom.fandom.com/wiki/Fort_Hawthorne?oldid=60564"
Community content is available under CC-BY-SA unless otherwise noted.