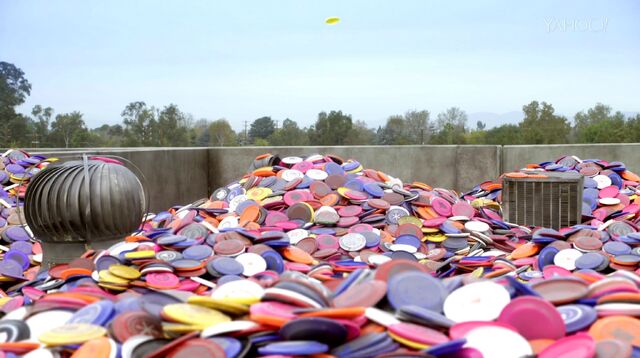 Frisbees are plastic toy discs which are tossed into the air and whose design allows them to glide for a time with the length determined by how hard the object is thrown. They are generally used for outdoor recreational games of throwing and catching but are sometimes used as a competitive sport. Throughout the years a number of frisbees began to accumulate on the roof of the Greendale Community College's Cafeteria roof which ultimately resulted in a great catastrophe. Their first appearance was in the Season Six episode "Ladders".

Retrieved from "https://community-sitcom.fandom.com/wiki/Frisbees?oldid=68111"
Community content is available under CC-BY-SA unless otherwise noted.