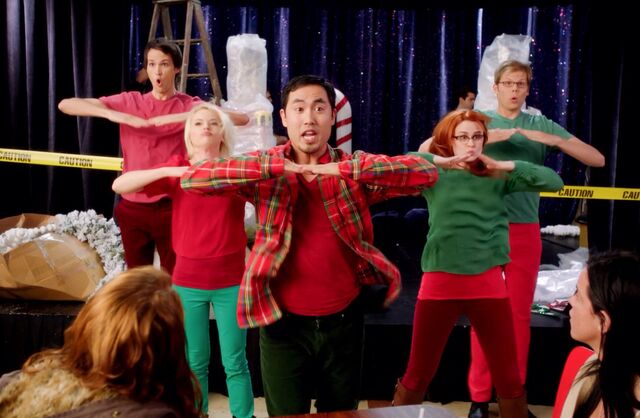 The Glee Club is a musical elective at Greendale Community College. Students who took this class would perform stylized renditions of classic songs and current hits publicly on campus. The enthusiastic performances often annoyed everyone around them. A few tragic incidents led to The Study Group replacing the club members and performing in their stead on two separate occasions. The course was taught by Cory "Mr. Rad" Radison whose abrupt departure added to the clubs infamy. The "Glee Club's" first appearance was in the Season One episode "Modern Warfare".

In the study group's first year together at Greendale they participated in the annual Paintball Assassin game. They weren't the only campus clique teaming up for the event a few of the school clubs had like the chess club and drama club had banded together as well. One of the more successful groups was the Glee Club. They would lure other competitors into a traps by singing cheery renditions of popular songs. The study group ran into them on the quad and the Glee Club made their presence known by eliminating Troy. From their hiding place they sang a rendition of the Pat Benatar classic "Hit Me with Your Best Shot".

Annie broke cover to criticize their song choice and got shot by the Glee Club. After being egged on by Jeff, Pierce emerged from his hiding place and got eliminated too. Thanks to his sacrifice, Jeff was able to pinpoint the Glee Club's exact sniping position which was in a tree. Jeff had the remaining study group direct a volley of paintball fire at the branches. After a minute, the Glee Club members fell out of the tree one by one. For good measure, Abed shot one of them several times since he was taking too long to exit the tree. Jeff taunted the Glee Club by telling them to write some original music ("Modern Warfare"). 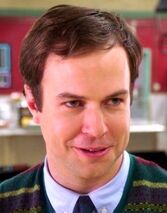 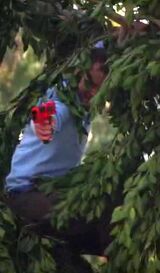 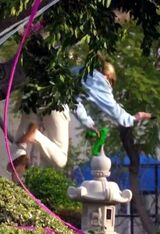 Glee Club member #2
Competed in the 2010 Paintball Assassin game. Along with his partners, he eliminated Troy, Annie and Pierce from the competition.
First appearance:
"Modern Warfare" 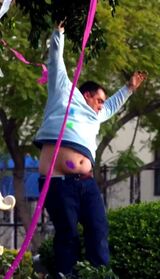 Glee Club member #3
Competed in the 2010 Paintball Assassin game. He and his partners were eliminated by Jeff, Abed, Britta and Shirley. Abed shot him several times in the stomach.
First appearance:
"Modern Warfare" 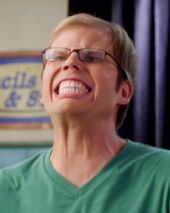 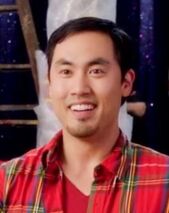 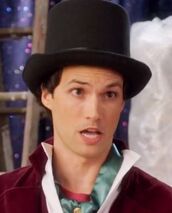 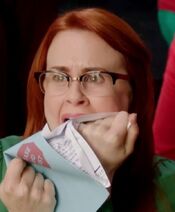 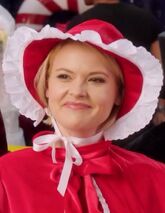 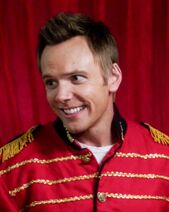 Jeff Winger
In his first time with the Glee Club, he cheered as Troy rehearsed a duet with Annie. In his third year at school, Mr. Rad convinced him to join and he proved instrumental in recruiting the rest of his study group to join as well. club again after she gave him a private performance. At the Christmas pageant, he and Troy defended Britta when Mr. Rad berated her performance.
First appearance
(as Glee Club member):
"Paradigms of Human Memory". 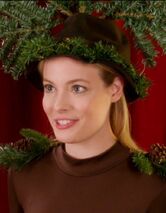 Britta Perry
In her first time with the Glee Club, she cheered on Troy and Annie as they rehearsed. In her third year at school, she was the last member of the study group to be "converted" and rejoin the club. Once Abed realized Mr. Rad's crazy intentions he had Britta take over his part in the pageant to sabotage it with her bad singing.
First appearance
(as Glee Club member):
"Paradigms of Human Memory". 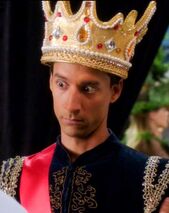 Abed Nadir
In his first time with the Glee Club, he watched as Troy and Annie rehearsed a duet. In his third year at school, Mr. Rad convinced him to join and he proved instrumental in recruiting the rest of his study group to join as well. After realizing Mr. Rad was crazy, he sabotaged the Christmas pageant by having Britta perform his part.
First appearance
(as Glee Club member):
"Paradigms of Human Memory". 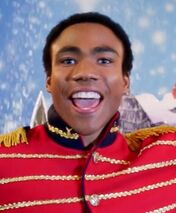 Troy Barnes
A flashback to his first time with the Glee Club showed him rehearsing a duet with Annie. In his third year at school, a rap duet with Abed convinced him to join the club. They also get Pierce and Annie to join them. Troy defended Britta when Mr. Rad berated her performance.
First appearance
(as Glee Club member):
"Paradigms of Human Memory". 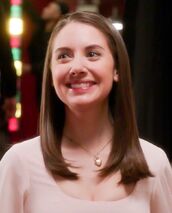 Annie Edison
In her first time with the Glee Club, she rehearsed a duet with Troy that was interrupted by Shirley. In her third year at school, Abed, Troy and Mr.Rad convinced her to join the Glee Club. She in turn got Jeff to join after singing him the song "Teach Me How To Understand Christmas"
First appearance
(as Glee Club member):
"Paradigms of Human Memory". 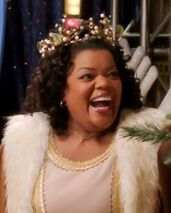 Shirley Bennett
In her first time with the Glee Club, she interrupted a duet Troy was having with Annie. In her third year at school, Pierce hired a children's choir which got her to rejoin the Glee Club. Mr. Rad cast her as the "Christmas Queen" for the pageant.
First appearance
(as Glee Club member):
"Paradigms of Human Memory". 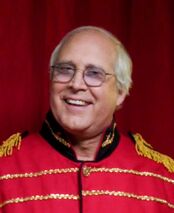 Community creator Dan Harmon has expressed his dislike of the Fox TV show "Glee" in various interviews including this response on Reditt regarding his killing off the Glee Club off screen in the Season Two episode "Paradigms of Human Memory":

“I have no idea what you mean. There was a glee club at Greendale, and their bus was driving on a rainy night, and a downed power line was hanging across the road, and the bus drove through it, and it sliced through the bus and decapitated everyone, row by row, so that the people in the back had to watch all their friends get decapitated, then they got decapitated, and then the bus drove into a pool of lava. And I guess the crazy thing is, the electricity from the power line somehow kept their nervous systems "alive," so they could feel the lava. They didn't escape the pain of the lava just because they didn't have heads. They felt the lava. It was terrible but it was not metaphorical in any way. I would never be that petty and envious of another show's popularity.”

Retrieved from "https://community-sitcom.fandom.com/wiki/Glee_Club?oldid=61205"
Community content is available under CC-BY-SA unless otherwise noted.