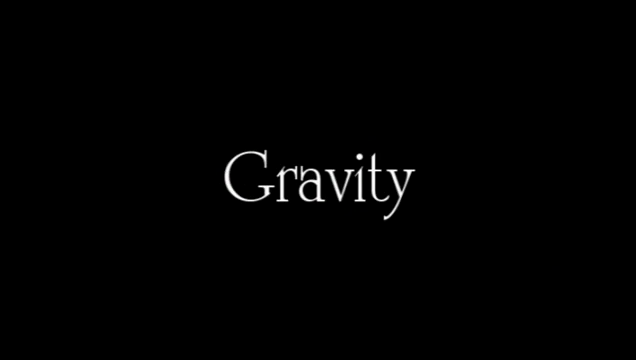 "Gravity" is a song by singer-songwriter Sara Bareilles from her 2007 album, "Little Voice" that was featured prominently in the Community Season Two episode "Paradigms of Human Memory". The use was intended to be an homage to a similarly titled Jeff/Annie shipping fanvid that was created by a Community fan known as Veritas724. It is a rare instance of a fan labor that has been incorporated within the canon of a television show.

The vidding that inspired its homage in "Paradigms of Human Memory" was mentioned by the actors themselves in interviews as well as by creator Dan Harmon on his twitter account. It was first uploaded on youtube on November 14, 2009 and was inspired by the then just recently aired episode "Debate 109". It features the song "Gravity" playing over an edited montage of footage featuring Jeff and Annie. It was brought up further in Season One DVD commentaries by the cast. It currently has been viewed over 200,000 times. The homage in the episode not only used the song but also mimicked the look as well as the editing in the fanvid. Sara Bareilles would later guest star as the"Balloon guide" in the Season Four episode "Intro to Felt Surrogacy".

The original fanvid with lyrics: 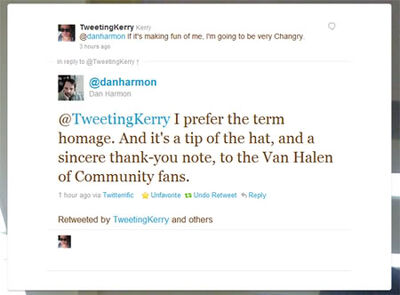 Dan Harmon personally tweeted the creator of the video Veritas724 on her twitter account about an hour before "Paradigms Of Human Memory" aired. He told her to expect a surprise in that episode, adding that it should be considered an homage and "a sincere thank you note, to the Van Halen of Community fans." After the episode aired, however, there was some confusion among fans. Most were unaware that the "Gravity" sequences featured in the episode were actually referencing a real fanvid. Some of the Jeff/Annie fans who did know felt that it was mocking the fandom.

Dan Harmon insisted it was in fact a tribute and would later defend himself further on the Season 2 DVD commentary of the episode by saying he spent $30,000 of his own money to pay for use of the song:

“Everybody...kind of assumed we were taking a big crap on the shippers because they're very sensitive, they're very defensive. It's like, do you think that I would put this much work and money into something if I wasn't saying I love you?”— ''Dan Harmon '' from the Community Season 2 DVD commentaries

“Yes, this IS the video that Dan Harmon paid homage to in 2.21 "Paradigms of Human Memory." He explicitly stated that it wasn't an insult, so please don't leave gleeful comments about how much the writers must hate me.”