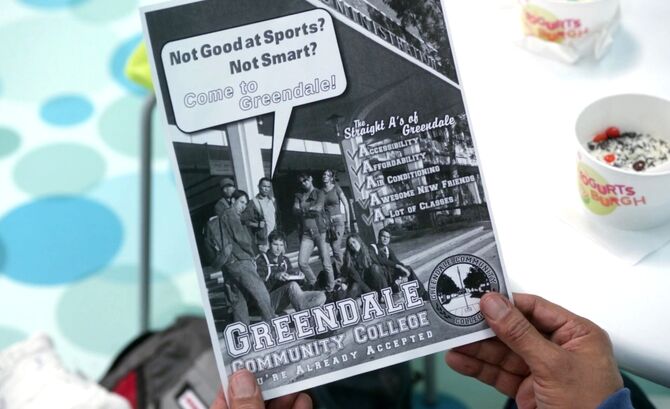 Chang calls Dean Spreck and tells him he's pulling out, before joining the rest of the study group for froyo. Meanwhile, in Dean Spreck's office, he looks on at a blueprint for his "Plan B," while laughing manically. 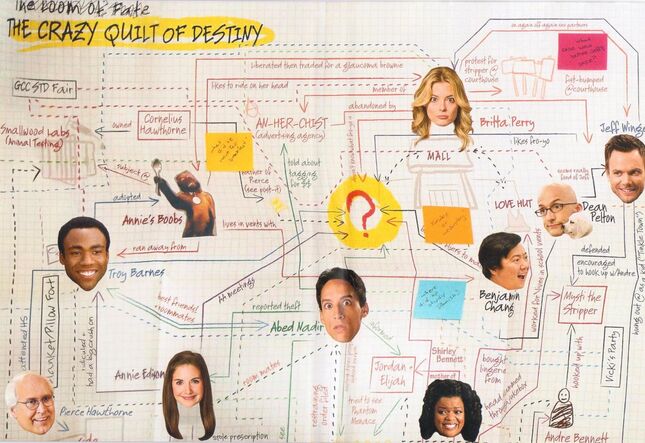 A photo of Abed's "Crazy Quilt of Destiny" was included in the inside cover of the Community Season Four DVD set.

“I'm just as bad. I couldn't handle the monkey so I traded it in for a glaucoma brownie, even though I knew if it bit someone, it would make them a teensy bit psychotic.”— Britta

Retrieved from "https://community-sitcom.fandom.com/wiki/Heroic_Origins?oldid=68903"
Community content is available under CC-BY-SA unless otherwise noted.