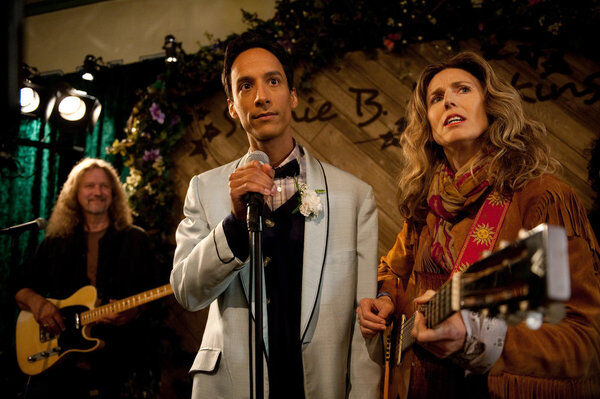 Herstory of Dance
Table of Contents:

In the original broadcast version, a preview for Intro to Felt Surrogacy is shown. In it, the study group as puppets are seen sitting at the study room table humming the song Daybreak.

In other online streaming sites (such as Hulu and on NBC.com) as well as on the official DVD release and in syndication, the original end tag was shown featuring Sophie B. Hawkins and Troy and Abed. In this tag, they each ask Sophie to perform the first line of "Damn I Wish I Was Your Lover" but with the lyrics switched out: "Damn I Wish I Had Some Icecream" (Troy) and "Damn I Wish Abed Was Batman" (Abed). Dean Pelton arrives and tells the pair to stop bothering Sophie. When they leave, Pelton demands she sings a version he has rewritten as "Dean I Wish I Was Your Lover." Sophie scans the lyrics and asks who "Jeff Winger" is. "Just sing the damn song," is his reply.

“You're really doing this? Look, as someone who faked being a lawyer for seven years, I appreciate your commitment to the bit, but just admit you were wrong.”— Jeff
“So you can say I Britta'd it?”— Britta
“Yes, of course. That goes without saying. But come on, it was a small mistake. Call this off before it becomes a full-scale "Brittastrophe." I coined that.”— Jeff