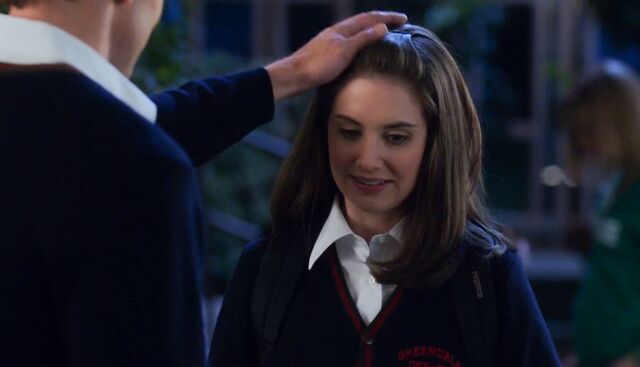 In the study group's first year at Greendale, Jeff and Annie competed in the Intercollegiate Debate finals against the schools perennial rival City College. The topic for the debate was whether or not man is inherently good or evil, and it came down to a final argument from City College by its lead debater, Jeremy Simmons. Using a desperate gambit, he sacrifices his own body by literally throwing himself at the competition. Jeff catches him and Jeremy proclaims that man is good since he was instinctively saved by his rival. Annie quickly thinks of a rebuttal by kissing Jeff who drops their opponent and deepens the kiss. Annie then states that because Jeff dropped Jeremy, man is evil and that results in the judges immediately declaring Greendale the winner of the debate. Edward Sharpe and the Magnetic Zeros's song "Home" is heard as the school celebrates their victory.

Retrieved from "https://community-sitcom.fandom.com/wiki/Home?oldid=55518"
Community content is available under CC-BY-SA unless otherwise noted.