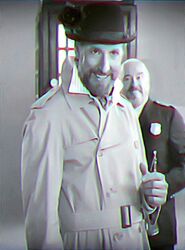 The First Inspector
The original Inspector from the first season. Distinguishing features include a rose in his bowler hat and a beard.
Portrayed by:
JR Reed 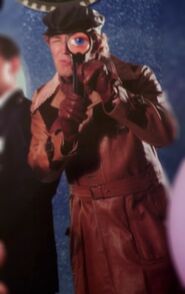 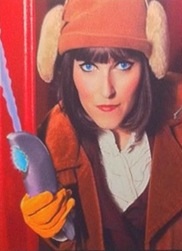 Inspector Minerva:
The first female Inspector. Her catchphrase was "No one calls me baby!"
Portrayed by:
Maren McGuire 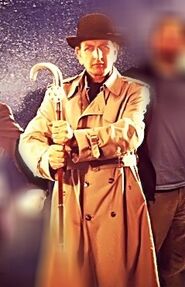 Inspector (cane):
Another incarnation. Distinguishing features are a cane he used with a rotary dial attached to it . 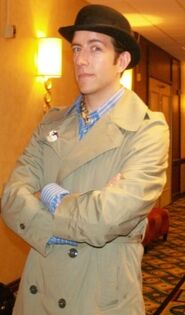 The Inspector (1980's)
Arguably the most well known and popular Inspector.
Portrayed by:
Travis Richey 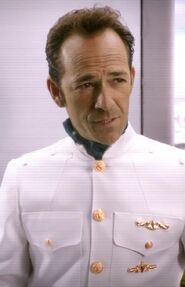 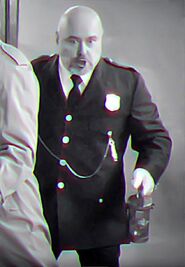 Constable Edmund
The first Constable to accompany the Inspector. He carried a lantern.
Portrayed by:
:
Mark Ryan. 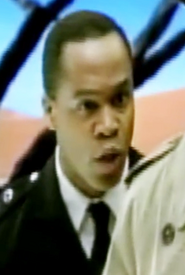 Constable Reggie
The Constable from the 1980's era. He carried a sonic whistle and knew zero gravity martial arts.
Portrayed by:
:
Derwin Jordan. 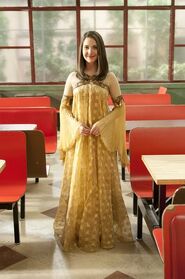 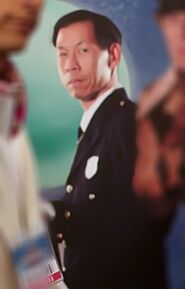 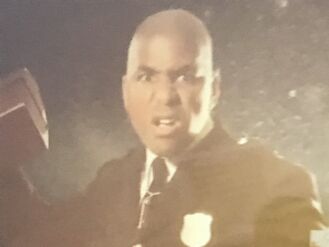 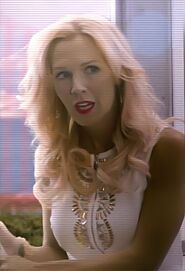 Ensign
The companion to the American version of "Inspector Spacetime". She is a naval ensign instead of a Constable and wields a special tennis racket as a weapon.
Portrayed by:
Jennie Garth. 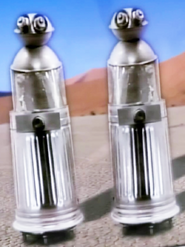 Blorgons
The most famous of all the Inspectors enemies. They are an alien race bent on eradicating other forms of life. 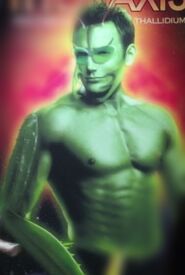 Thoraxis
Known as the "Man-tiss of Thallidium", he is a half man, half mantis alien. His catchphrase is "Bow before Thoraxis".
Portrayed by: Nigel Cuthbertson. 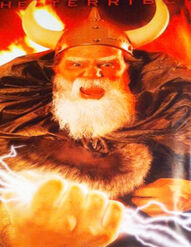 Umlautson
Known as "Umlautson the Terrible", he is a Nordic thunder bolt wielding villain. 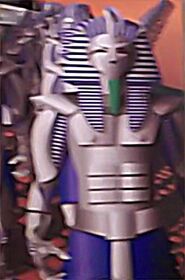 Pharoahbots
An army of robots known as the "Immortal Automatons". 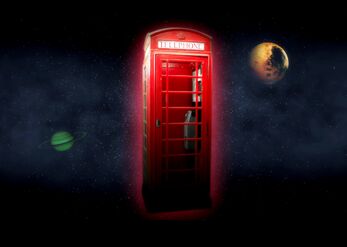 X-7 Dimensionizer
The iconic time machine/spaceship used throughout most of the shows run. It resembles a British telephone booth 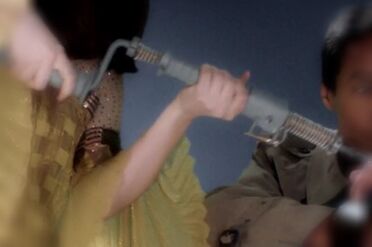 Quantum spanner
The Inspector's trusty tool, it's a piece of equipment with many different uses. 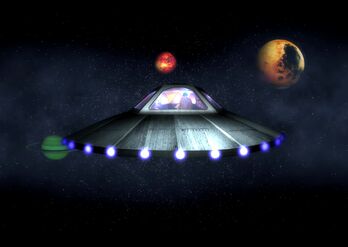 HMS Spacetime 12
This saucer shaped spaceship replaced the X-7 for a time.

Retrieved from "https://community-sitcom.fandom.com/wiki/Inspector_Spacetime_(television_show)?oldid=69746"
Community content is available under CC-BY-SA unless otherwise noted.