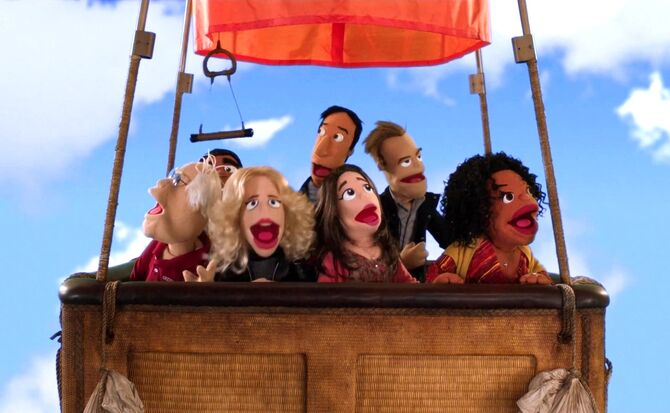 “Guys, are we just gonna avoid making eye contact forever? Who are we, Jeff during sex? Let's just give it a shot and move on.”— Britta
“Fine. If we're gonna play this game, then, unlike sex with Britta, we're gonna do it quickly and with a small shred of dignity.”— Jeff

Retrieved from "https://community-sitcom.fandom.com/wiki/Intro_to_Felt_Surrogacy?oldid=69771"
Community content is available under CC-BY-SA unless otherwise noted.