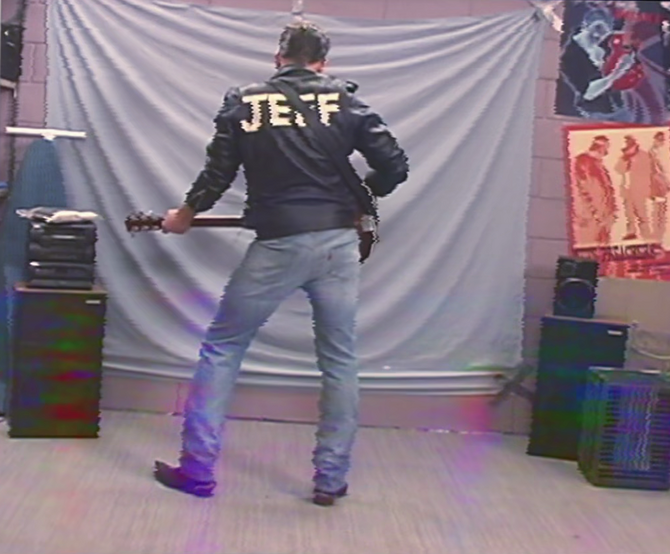 “Ah. What am I gonna wear? I mean, I could borrow my sister's Uncle Sam outfit. It's tailored for ladies, but what else can I do on such short notice?”— Dean
“Well, you could not dress up like Uncle Sam. Or admit you don't have a sister.”— Jeff

“I'm sorry, Annie. I'm not the worker bee type. I'm more of a silverback gorilla with the claws of a lion, the teeth of a shark, and the quiet dignity of a tortoise.”— Jeff

“Face it, Annie. Politics are all about ego, popularity, and parlor tricks. Don't kid a lawyer.”— Jeff
“Well, if I see one, I will.”— Annie

“My name is Annie Edison and if elected I promise to make Greendale the signature community college of the entire western three quarters of the Greendale area.”— Annie

“Garrett.”— Abed
“That guy's such a mess. It's like God spilled a person.”— Troy

“Who's that?”— Troy
“Special Agent Vohlers. United States Secret Service.”— Abed
“Do you just constantly have your own little side adventures?”— Troy
“Yep.”— Abed
“...Me too.”— Troy

“This election's become a real horse race. According to our polls the campus is almost evenly divided. Now keep in mind the margin of error on this thing is about 98%.”— Troy
“Could be higher. We don't even know how to do margins of error. We talked to two people at a vending machine.”— Abed

“I actually withdraw my candidacy. I fear a political career will shine a negative light on my drug dealing. Thank you.”— Star-Burns

“When we seek to destroy others, we often hurt ourself, because it is the self that wants to be destroyed.”— Pierce
“Pierce, you're not usually so poignant.”— Jeff

“Two men fighting for the same piece of earth, one recently born, one soon to die. A competition reflecting the pointlessness of life.”— Abed

“As the confetti gets swept away and we begin gearing up for next years election for GCTV I'm Abed Nadir saying. Did you know you can make napalm out common dish soap and cat food?”— Abed
“What!? Why would you say that?”— Troy

Retrieved from "https://community-sitcom.fandom.com/wiki/Intro_to_Political_Science?oldid=70720"
Community content is available under CC-BY-SA unless otherwise noted.