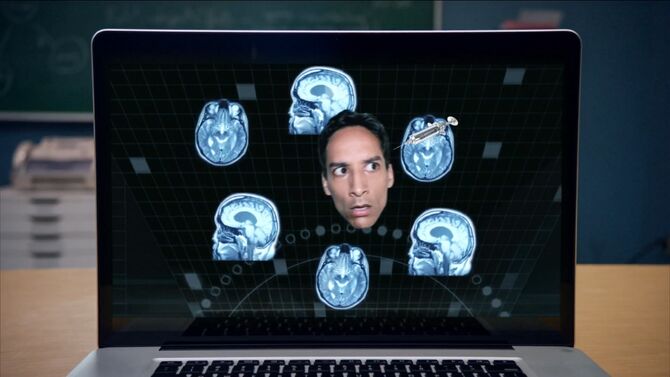 Introduction to Film
Table of Contents:

Troy and Abed try to krump before being joined by Jeff who tries to show them how it's done.

“Isn't Abed's Dad a hardcore Muslim? They're not as understanding as Christians. You could get your head cut off with a salami sword.”— Shirley
“Shirley! That's the most racist thing I've ever heard!”— Annie
“Pierce will beat that in 1 minute.”— Jeff

“I have to plan, in advance, how to prove that I live in the moment.”— Jeff

“Raising him means letting him follow his dreams.”— Britta
“Dreams are for sleeping.”— Abed's Father
“Our first assignment is a documentary. They're like real movies but with ugly people.”— Abed
“You don't know that!”— Britta
“It's clinically proven!”— Abed's Father
“So's polio!”— Britta

“Jeff, I think you should play the role of my father.”— Abed
“I don't want to be your father.”— Jeff
“Perfect, you already know your lines.”— Abed