Journey to the Center of Hawkthorne 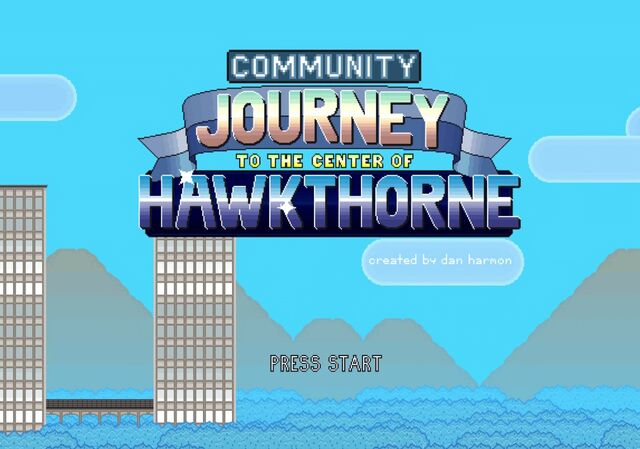 A group of warriors are summoned to the kingdom of Hawkthorne™ to take on a quest to recover the fabled "White Diamond of Discipline"™ found in the depths of the dark pit of despair known as The Black Cave™. They can choose to cooperate in this mission or go at it alone but in the end only one of them will be able to claim the ultimate prize: the throne of Hawkthorne™. However, before they can be named the new ruler of the land, a final challenge must be overcome, a ghostly echo of a fearsome opponent whose wrath reaches from beyond the grave...

The game can only be played by eight participants. A linear quest is given to the players and an overworld map displays the various levels and locations which must be cleared to progress. The gameplay itself is a mixture of 2D side scrolling and RPG elements with a deep customization system installed. Players are able to create powerful personalized tools and weapons from various items they collect. A promotion system allows players to develop and upgrade their character's powers and abilities. Maxing out certain achievements allows players access to further customization tools including creating new audio files or even the making of entirely new NPC characters. Players are seemingly given an infinite amount of lives to complete the quest but are sent back to the start of the game stripped of any equipment or items earned if their life points reach zero.

Locations in the game

Characters in the game 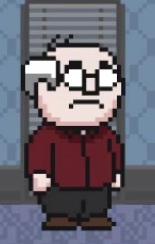 Pierce Hawthorne
The son of the game's creator looking to win his inheritance with his friends help. He wields a mace as his main weapon and later deals a decisive blow to the Cornelius avatar by riding a missile into the final boss. 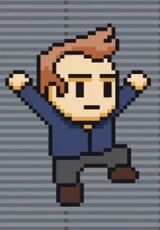 Jeff Winger
The leader of the study group inspires them to battle. Has the unique slide attack and tosses bombs as his main attack. He later is armed with a cannon that uses Abed and Hilda's children as ammunition. 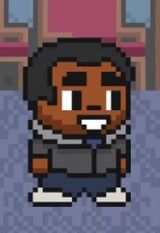 Troy Barnes
Abed's best friend who has the highest jump in the game. Uses a hammer in battle and later rides a lava spewing robot. 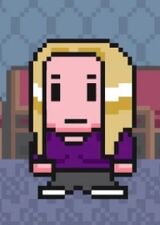 Britta Perry
Former activist and current psychology student who has trouble brewing potions. She tosses torches as her main weapon. 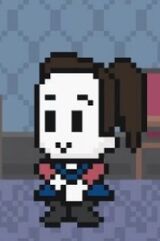 Annie Edison
Straight A student whose innocent demeanor masks a ruthless and fierce competitor. She uses a bow and arrow in battle and later uses torches as her weapon against the final boss. 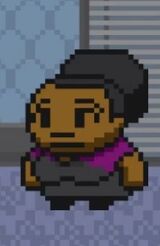 Shirley Bennett
Christian housewife and mother of three who has the heart of a warrior. Uses a sword in battle and later pilots an attack helicopter in an assault on the Cornelius avatar's final form. 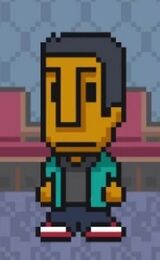 Abed Nadir
Troy's best friend who "marries" Hilda and uses his army of children to create powerful weapons to help his friends. Rides a lava spewing robot T-Rex in battle. 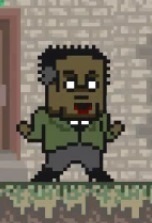 Gilbert Lawson
Bastard son of Cornelius Hawthorne who joins the game and grants himself extraordinary powers to win the inheritance. 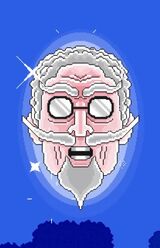 Cornelius Avatar
The creator of the game greets players when they start playing. He has personalized recorded dialogue for specific players. 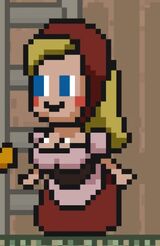 Hilda
Highly informative character who has a deep knowledge of the game. She later "marries" Abed's avatar and has his children. 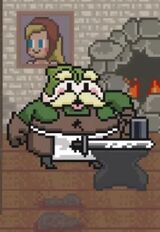 Blacksmith
Weapon store owner who creates and sells his products at a premium price. He is killed by Annie and is later revealed to be the father of Hilda.

Blacksmith's wife
Wife of the weapons store owner and mother of Hilda. She sees her dead husband's body and is killed by Shirley to cover up the crime. 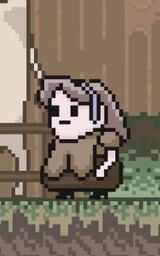 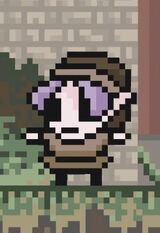 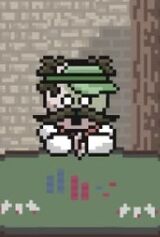 Card player
Character who invites players to play a mini-game of Poker. 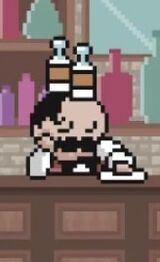 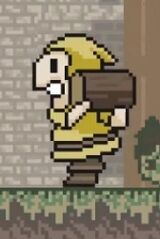 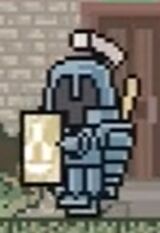 Knight
Knight who exits from the tavern. 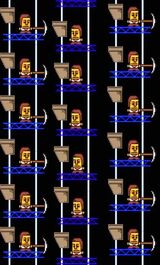 Abed's children
The union of Abed and Hilda produced an army of children which Abed used to create powerful weapons for the study group. The only words they speak are their father's signature catchphrase "Coolcoolcool!". 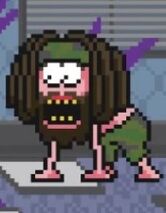 Hippie
The first stage enemies. Says "Peace!" and "Love!" and then attacks players while saying "Sex!" 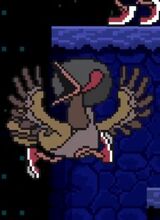 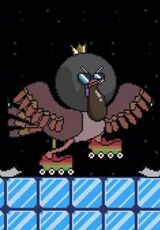 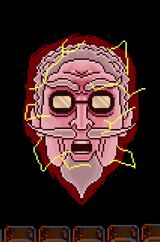 Cornelius Boss Form One
The first form of Cornelius, a disembodied glowing red head who attacks players by raining fire down on them. 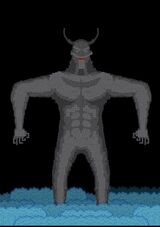 Cornelius Boss Form Two
The ultimate form of Cornelius is the final challenge players must overcome to beat the game and earn the prize.

The graphics are evocative of 8 bit classics from various late 80's/early 90's home video game franchises with the Super Mario Brothers and Zelda franchises being the most obvious influences on the game.

Hilda has a menu screen with information on the game containing allusions to various classic video games:

Fanmade "Journey to the Center of Hawkthorne