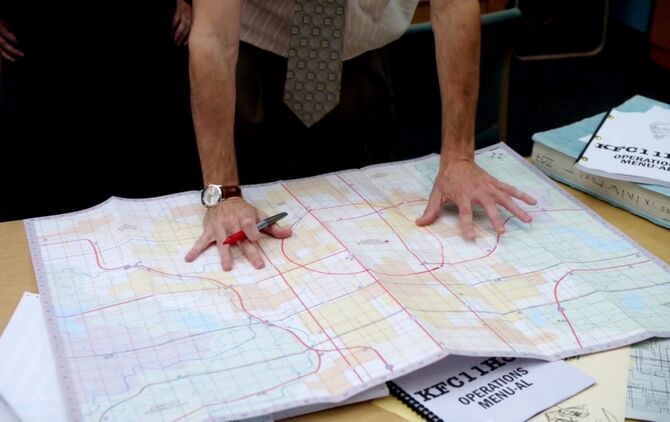 A number of locations are mentioned on "Community" but make little, if any, actual appearances on the show despite being referenced a few times by the characters. The following is a list of these minor locations along with their first introduction, a brief description of the place's purpose, relation to the characters and other mentions.

A bar that school board members Carl Bladt and Richie Countee frequent. Note: Community creator Dan Harmon said in an interview that this was a shout out to a real life bar located in his home state of Wisconsin.

Restaurant owned by Gubi Nadir, the father of Abed. He had intended his son to take over the restaurant and sent him to school to learn business classes to help him run it.

A bar that Jeff and Britta originally agreed to take Troy for his 21st birthday as a compromise as they considered it the least offensive establishment. Jeff later found out it was out of business. Britta felt it was because they tried to please everyone.

Jeff's bachelor pad which he lived in while he was a lawyer. He is evicted and for a time forced to live with Abed in his dorm room. Britta steals back his expensive hand crafted Italian faucet heads which motivates Jeff to move into a much smaller and more affordable apartment.

Jeff booked a table at this before he started his studies at Greendale. He made the "unmovable appointment" for May 23rd, 2013, the future date he assumed was when he would graduate from school.

A bar frequented by Jeff and Britta. It's actual name is unknown but Jeff calls it "L Street" and Britta refers to it as "The Red Door". Both unwittingly agree it's the best bar in town unaware they are talking about the same establishment. Troy later learns it is located on L Street and its entrance is a red door hence the two different names given to him by Jeff and Britta.

Shirley often mentions her church whenever she starts sermonizing to the rest of the study group. She once got Abed to shoot a viral video for her congregation.

A bar frequented by school administrators Carl Bladt and Richie Countee and known for their yard long margaritas. The study group also went there once after being invited by Gilbert Lawson. Note: Skeepers is a reference to bar in Ann Arbor called "Scorekeepers". This was confirmed by Community writer Megan Ganz on her Twitter account.

Retrieved from "https://community-sitcom.fandom.com/wiki/List_of_minor_locations_on_Community?oldid=69460"
Community content is available under CC-BY-SA unless otherwise noted.