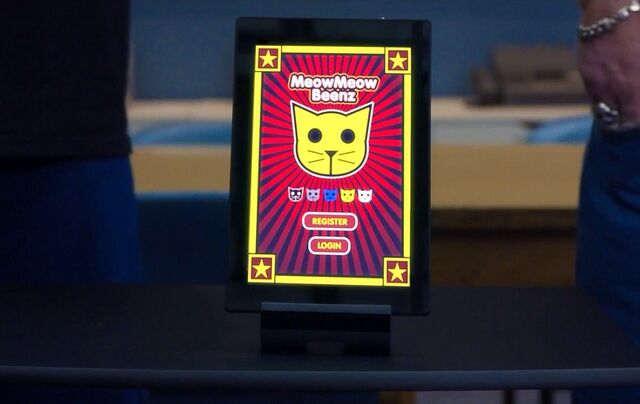 In the study group's fifth year at Greendale, Dean Pelton allowed a beta testing of a new mobile device application called MeowMeowBeenz™. On its first day of testing the social networking ranking app became a hit. Everyone at school became obsessed with using it and started trying to improve their own personal scores. As their rank increased, the users standing in real life began to improve in relation. On its second day of testing, those who achieved the highest status of Five MeowMeowBeenz became important figures on campus. They also were highly influential on the lower ranked users. By the eighth day of testing, a new society emerged on campus with the app as the foundation of its tenets. The few who earned Five MeowMeowBeenz banded together at the top of this new institution.

A social class structure formed with the "Fives" at the top, the "Fours" and "Threes" serving them, the "Twos" reduced to menial labor and the "Ones" ejected from Greendale and banished to the "Outlands". Attempts by the lower ranked users to attain a level Five status were squashed with those in charge protecting their positions. Sensing that there was unrest from the proletariat, a suggestion was made by one of the Fives to give them a distraction. A talent show was announced where anyone who wanted to be promoted could perform and be ranked by everyone. The de facto leader of the Fives used it as an opportunity to give the lower numbers hope while eliminating potential threats to her authority. However, much to her surprise one lone candidate managed to overcome the odds.

He entertained everyone including the majority of the Fives with a comedy act and earned himself a promotion into their ranks. However, his ascension would unexpectedly bring about the downfall of the society. During the "NewBeenz" induction ceremony into the Fives, the initiate got into a heated argument with the leader of the group. This disrupted the tranquility of the other Five members who immediately down voted both of them. They lost their status and were sent out into the "Outlands". At the same time, a number Two ranked militant revolutionary rallied her fellow lower ranked numbers. Her fiery passion against the Fives regime, aided by a bit of strategically placed condiment, inspired her contemporaries to follow her lead and rebel.

The rebel army overthrew the "Fives" and a tribunal was quickly formed to punish them. They were read a list of their transgressions against the low numbered users before being stripped of their rank. The "Fives" were banished to the "Outlands" replacing the "Ones" who had been sent there under their authority. The recently promoted Five who was demoted to a One returned to witness the trials. He pointed out the the one thing that truly deserved punishment was the "MeowMeowBeenz" app itself. In order to bring a true end to this oppressive society he proposed that the app be removed from all of their phones. Everyone in attendence agreed and the app was quickly deleted. Life on campus eventually returned to normal and the former MeowMeowBeenz users moved on to the next popular trends ("App Development and Condiments"). 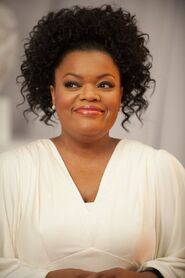 Shirley Bennett
Entrepreneur who became a Five due to her friendly personality. She led the Fives until she was down voted to a "One" MeowMeowBeenz rank and sent to the "Outlands". 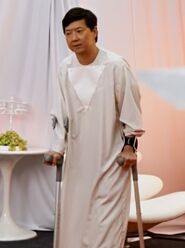 Ben Chang
Math teacher who got sympathy from a fake injury and parlayed the public support into becoming a Five. He still kept up the ruse of his injury by using forearm crutches. 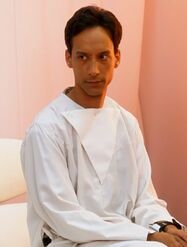 Abed Nadir
A popular figure on campus who became a Five against his will. Longed to become a Three again. 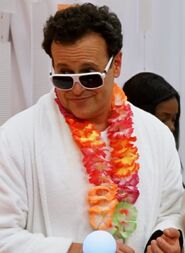 Koogler
Middle-aged college lifer who comes up with a plan to entertain and distract the lower numbered users. He was instrumental in helping Jeff become a "Five" and later sending him to the "Outlands" as a "One". 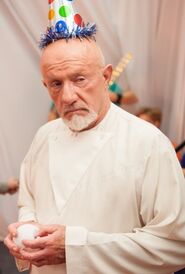 Buzz Hickey
Criminology professor who at first rejected the app. Once he embraced it he pretended it was his birthday to get a higher rank. After becoming a Five he was often seen eating a birthday cake while wearing a party hat. 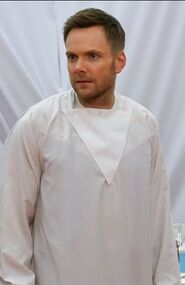 Jeff Winger
The last initiate into the Fives rank. Working with a rebel movement, he infiltrated the group due to a personal vendetta he had against Shirley. His plan to take her down falls apart when they are both down voted to a "One" MeowMeowBeenz rank and cast out. 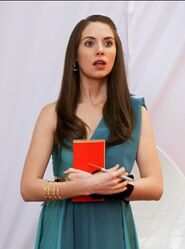 Annie Edison
Personal assistant to Shirley who updated her and the other fives on the latest news on campus. 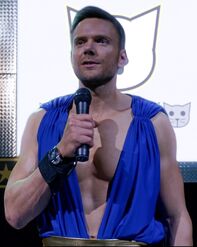 Jeff Winger
A "New Beenz" Four working secretly with a rebel force to become a Five. 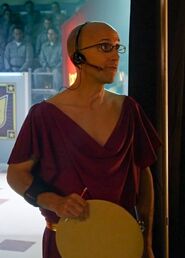 Craig Pelton
Greendale's chief administrator reduced to a being a servant of the Fives. 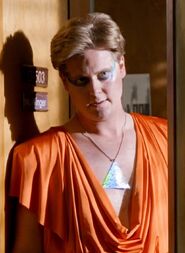 Four #1
Male Four who thought he caught Jeff and Britta canoodling and confessed he too loved a Number Two named Matthew. He later performed at the Fives Fancy Future dance ceremony. 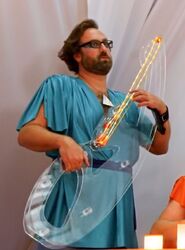 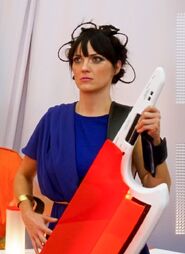 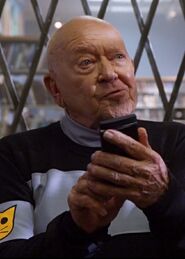 Leonard
Elderly student who guarded the entrance to the Fives headquarters located in the study room. Gave Starburns, a number Two, a hard time when he delivered food for the Fives. 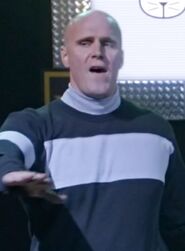 Parker Deay[2]
One of the Threes who provided security for the Talent show. He was about to remove a Two who had been down voted and ended up being ejected himself after failing to deliver a decent exit line to the audience. 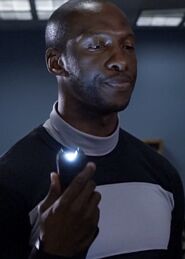 Security Guard
One of the Threes who provided security for the Talent show. He ejected Parker Deay after his fellow Three was downvoted and later blocked Britta from entering a Five area by brandishing a stun gun. 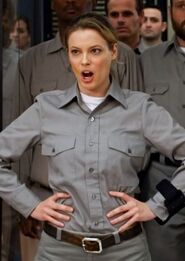 Britta Perry
Leader of a Two underground movement who led a rebellion against the Fives. 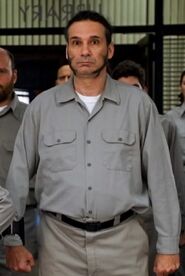 Star-Burns
A spy for the Two resistance group. Days after the rebellion succeeded he continued to wear a costume he rented for the occasion. 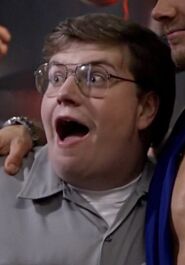 Garrett
A Two who was inspired by Jeff's promotion to a Five and got a picture taken with him. 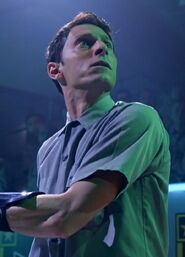 Jordan Blum[3]
A Two who entered a talent show in hopes of being promoted. His Devil Sticks performance failed to impress the Fives and he was demoted and sent to the Outlands. 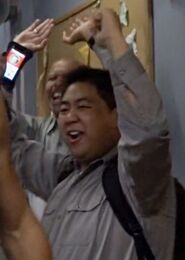 Jeremy
Part of the group of Twos who congratulated Jeff after his rise to a Five. 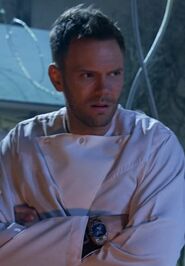 Jeff Winger
He climbed the ranks to a Number Five but was demoted to a One after an argument with Shirley disrupted the harmony of the other Fives. 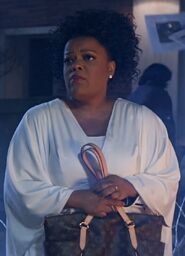 Shirley Bennett
She was once the leader of the Fives but was demoted to a One after an argument with Jeff disrupted the harmony of the other Fives. 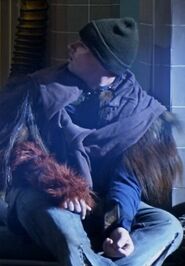 One
A typical One who was seen in the Outlands along with the other lower ranked users.