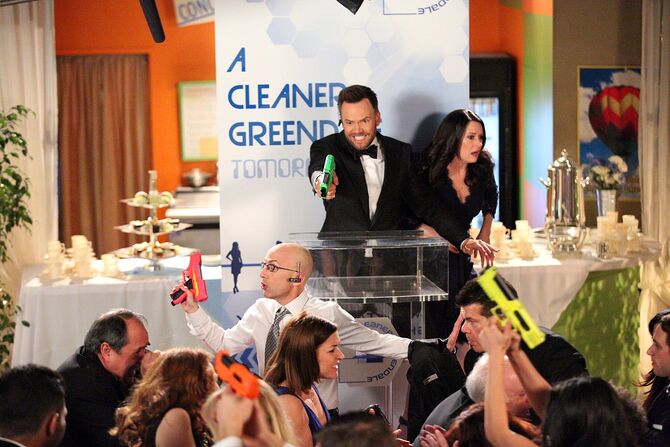 Garrett is on stage in front of a live audience performing stand-up based on surviving Vicki's one woman musical. In particular he mocks a section of her act devoted to her dead mother which the crowd laughs at. However, everyone goes silent when Vicki makes her presence known and confronts Garrett on stage. The audience watches on in dismay only to learn the entire thing was staged to promote a new show starring Vicki and Garrett. The revelation, along with Garrett acknowledging Vicki's very much alive mother in the room, causes the audience to boo. Garrett defends their act by comparing it to Andy Kaufman's subversive comedy and demands recognition for the amount of work they put into it.

“I'm gonna go get a shovel because theater is dead.”— Star-Burns

Retrieved from "https://community-sitcom.fandom.com/wiki/Modern_Espionage?oldid=71357"
Community content is available under CC-BY-SA unless otherwise noted.