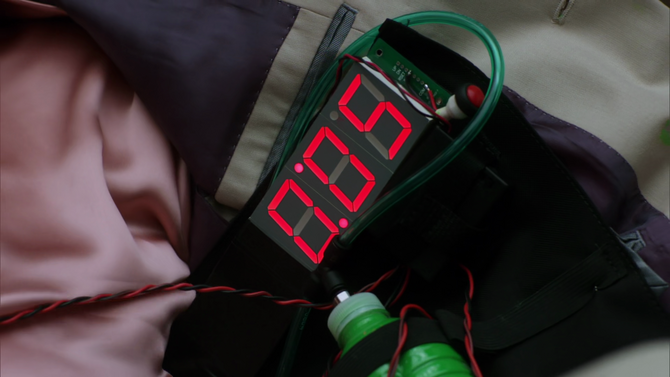 “The-the paintball game was-was-was starting and then the Dean-the Dean announced the prize...THE PRIZE...we-we turned on each other like ANIMALS!”— Garrett
“What was the prize?”— Jeff
“WAS? THIS IS NOT OVER. THIS IS STILL HAPPENING. RIGHT NOW...ARGHHH!!!”— Garrett

“Come with me if you don't want paint on your clothes.”— Abed

“Tell the drama club their tears will be real today!”— Jeff

“Jeff, you help people more than I do and you don't even want to. You're not a jerk. You're fine. Especially now that I've repaired your overworked torso with my trembling feminine fingers.”— Britta
“Yes-too-much-sexual-tension-dam-bursting!”— Jeff

Retrieved from "https://community-sitcom.fandom.com/wiki/Modern_Warfare?oldid=71245"
Community content is available under CC-BY-SA unless otherwise noted.