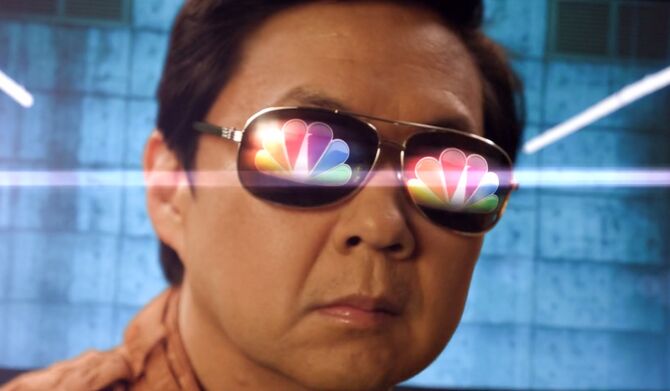 In 2009 NBC picked up "Community" for its Fall schedule where it debuted on in its Thursday night "Comedy Night Done Right" sitcom lineup. Dan Harmon and the The Russo brothers developed the show under a deal with Sony Pictures Television in association with Krasnoff Foster Entertainment alongside NBC Universal. "Community" premiered on Thursday September 17, 2009 in the 9:30 pm ET timeslot following "The Office" . After the third episode ("Introduction to Film") NBC moved "Community" to the 8:00 pm ET timeslot to make room for the returning "30 Rock". NBC announced in October 2009 that the show had been picked up for a full twenty-two episode season.

The second Season of Community premiered on September 23, 2010 on NBC and aired on Thursdays at 8:00 p.m. ET as part of "Comedy Night Done Right". On November 3, 2010, NBC ordered 2 additional episodes for the second season, bringing it to a total of 24 episodes. On March 5, 2010, NBC renewed Community for a third season.

The third Season of Community premiered on September 22, 2011 on NBC, and airs on Thursdays at 8:00 p.m. ET. NBC announced on May 10 the show was renewed for a fourth Season and Season Three concluded a week later on May 17. On May 18 Community creator Dan Harmon was fired by Sony. It was announced that Moses Port and David Guarascio would take over as showrunners and executive producers for the upcoming season.

Community's Season Four premiere was originally announced to be on October 19, 2012 with an abbreviated year consisting of only 13 episodes. The show was also intended to be moved from the Thursday to the Friday night time slot before "Grimm". NBC later rescheduled its premiere date to February 7, 2013 and put the show back at it's original timeslot on Thursday 8:00 EST. During production series regular Chevy Chase quit. Season Flour concluded it's run on May 9 and on May 10 Community was renewed for a fifth season. On June 1, 2013, Harmon officially announced on his twitter account that he would be returning for Season Five.

"Community" was officially cancelled by the network at the end of its fifth year on May 9, 2014. The last airing was the Season Five episode "Basic Sandwich" on April 17, 2014.

Retrieved from "https://community-sitcom.fandom.com/wiki/NBC?oldid=52380"
Community content is available under CC-BY-SA unless otherwise noted.