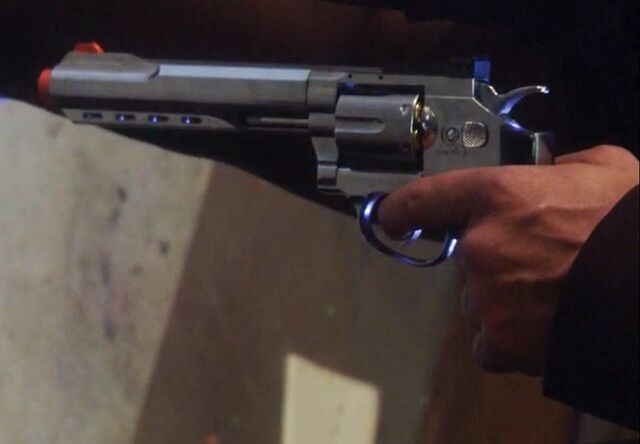 Paintball pistol
First appearance: "A Fistful of Paintballs" — Owned by: various — Used by: Greendale students
Purpose: shoot people with paintballs— Made by: WinGun

The paintball pistols seen on the Season Two finale were WG 701 air soft revolvers manufactured by WinGun. They were created to shoot BB air pellets but are capable of also firing specially made paintball ammunition. However, the production team on Community took certain liberties with the paintball ammunition seen on the show as they were not the correct size. According to a statement online from a representative of AirSplat.com:

“A film prop company purchased them from us and used them for the show. I believe they switched the impact scenes with standard sized paintballs, no airsoft bb sized paintball would make marks that large. You can fire 6mm paintballs through them, although not without the occasional burst in the barrel (1/20)”. 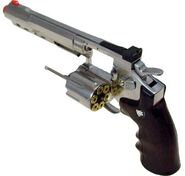 Retrieved from "https://community-sitcom.fandom.com/wiki/Paintball_pistol?oldid=60323"
Community content is available under CC-BY-SA unless otherwise noted.