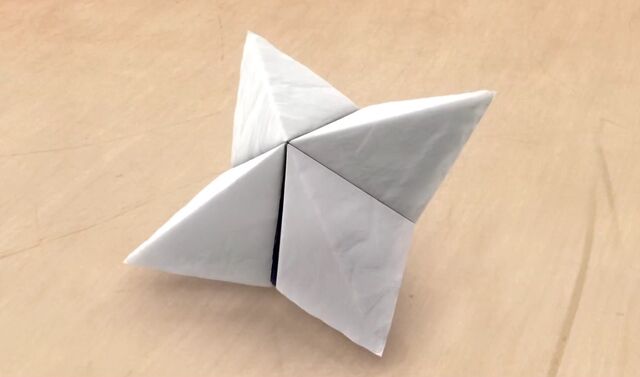 Paper fortune teller
First appearance: Spanish 101 — Owned by: anyone — Used by: Prognosticators
Purpose: tells the future— Made by: Folding a piece of paper

The original opening the cast is represented by the following: 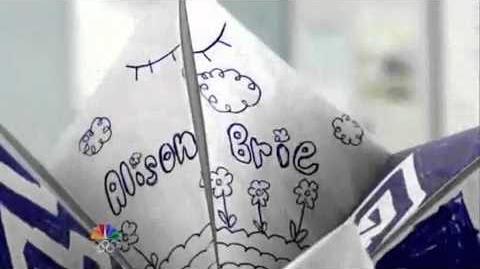 Gillian Jacobs: A valentine with arrows through it

Yvette Nicole Brown: A cake with a knife in it

Alison Brie: A field of flowers

"Epidemiology": The Season Two Halloween episode has monsters representing the cast. The same intro (with an additional drawing for Jim Rash) was used for the subsequent Halloween episodes in Season Three with "Horror Fiction in Seven Spooky Steps" and in Season Four with "Paranormal Parentage". 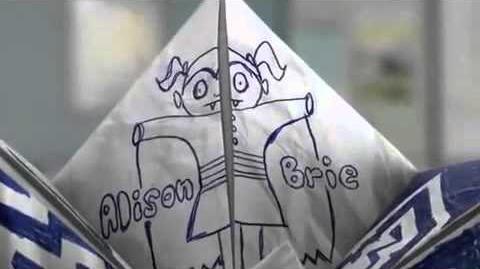 Chevy Chase: Skeleton in a coffin

Dan Harmon's name is etched into the desk looking like a spider's web.

"Advanced Dungeons and Dragons": This opening has a sword and sorcery theme reflected by the re-orchestrated music and the type of characters used to represent the cast: 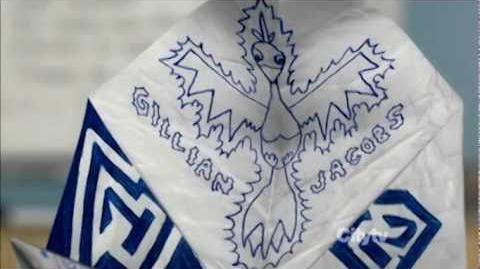 Joel McHale: Goblin with his treasure

Donald Glover: Goblin with a torch

Chevy Chase: Ogre with a club

Aside from the above variations, the standard paper fortune teller changed over time, mostly to account for cast changes, and once because of censorship:

In "Anthropology 101", Britta is seen playing with a paper fortune teller.

In "Home Economics", Abed is also seen playing with one.

Retrieved from "https://community-sitcom.fandom.com/wiki/Paper_fortune_teller?oldid=70127"
Community content is available under CC-BY-SA unless otherwise noted.