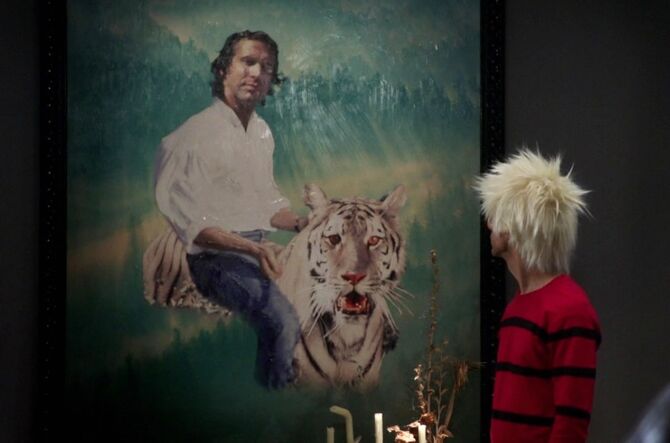 Troy and Abed are playing around with the revolving bookcase secret entrance much to Pierce's annoyance.

“After a 42% drop in Week 2, it's back to Deathwatch for 'Community.' Sigh. Emotional rollercoaster, that one is.”— Daniel Feinberg, twitter.com

“I'm afraid I killed Community.”
“I know it's not all about me, but 43% of the people who watched my episode decided not to watch another one.”

On Twitter, there were two known Community-related trending topics during the initial broadcast: #HappyValoween and #GhostDad.

“The only thing spooky about this place is the tacky decor. It's like David Lee Roth threw up Miami Vice. Ugh. So tacky.”— Jeff