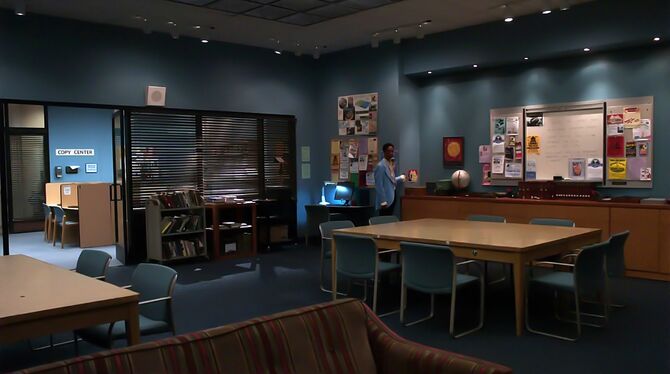 “I hope he transfers to hell.”— Troy, after finding out that Shirley's friend Gary is transferring schools.

“So you think I'd feel better about myself if I got all sexed up, went over there and really tried to be crowned Queen of the Dingbats?”— Britta
“Precisely.”— Duncan
“Wow. Guess you really get what you pay for with free therapy.”— Britta
“Ouch. That stung a little bit. Thanks.”— Duncan

“Señor Chang, is there a word in Spanish for someone who used to pretend to be a professor but was a teacher but wasn't actually a teacher and is now a student? Is there a word for that? Oh, if it was in Spanish, you wouldn't know, would you?”— Duncan

“Oh, and for the record, there was an episode of Happy Days where a guy literally jumped over a shark. And it was the best one.”— Troy

Retrieved from "https://community-sitcom.fandom.com/wiki/Pascal%27s_Triangle_Revisited?oldid=70933"
Community content is available under CC-BY-SA unless otherwise noted.