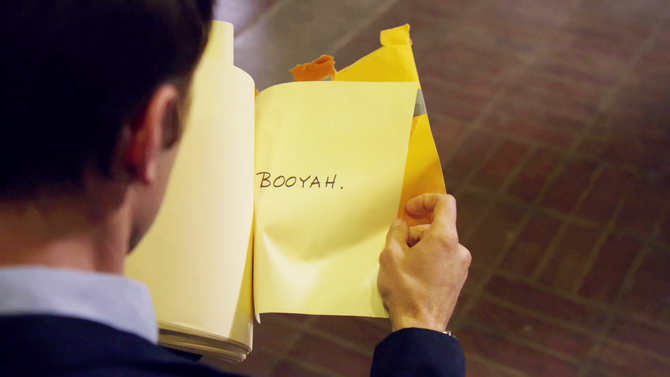 “I still cannot figure out how you got a jury to connect September the 11th with my DUI.”— Ian

“The state bar has suspended my license. They found out my college degree was less than legitimate.”— Jeff
“I thought you had a bachelor's from Columbia?”— Ian
“And now I have to get one from America.”— Jeff

“Jeff, are you familiar with the adage 'cheaters never prosper'?”— Ian
“No, and if I had wanted to learn something, I wouldn't have come to community college.”— Jeff

“You have been sexually harassing me since the very first day of class.”— Shirley
“'Sexually harassing'? What? That makes no sense to me. Why would I harass someone who turns me on?”— Pierce
“Saying she turns you on is the harassment, dude.”— Troy

“You know what I got for Christmas? It was a banner year at the Bender family. I got a carton of cigarettes. The old man grabbed me and he said, "Heeeey, smoke up Johnny!" No dad, what about you!”— Abed
“Well, that actually was from the Breakfast Club.”— Jeff
“Nobody puts Baby in the corner.”— Abed
“Dirty Dancing.”— Jeff

“You know what makes humans different from other animals?”— Jeff
“Feet.”— Troy
“No, no, come on. Bears have feet.”— Pierce

“We can sympathize with a pencil. We can forgive a shark, and we can give Ben Affleck an Academy Award for screenwriting.”— Jeff
“Big mistake.”— Pierce

“You've just stopped being a study group. You've become something unstoppable. I hereby pronounce you a community.”— Jeff

“I like you, Jeffrey. You remind me of myself at your age.”— Pierce
“I deserve that.”— Jeff

“Jeff, before you say anything, you might wanna think about the gift you've given.”— Duncan
“An excuse to punch a hippy?”— Jeff
“No, no. Not that. An important lesson. You see, the tools you acquired to survive out there will not help you here at Greendale. What you have my friend, is a second chance at a honest life.”— Duncan
“Why are people trying to teach me everything at a school that has an express tuition aisle? Give me my keys.”— Jeff
“No, I have to keep your car for a lesson.”— Duncan
“(Jeff scaring Duncan)”
“Please, please don't hit me (Gives Jeff his key back)”— Duncan
“Are we cool, are we cool? We cool”— Duncan

“Well, the funny thing about being smart is that you can get through most of life without ever having to do any work.”— Jeff

Retrieved from "https://community-sitcom.fandom.com/wiki/Pilot?oldid=71025"
Community content is available under CC-BY-SA unless otherwise noted.