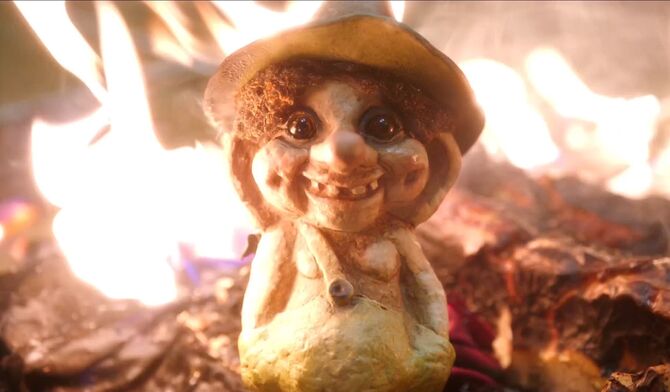 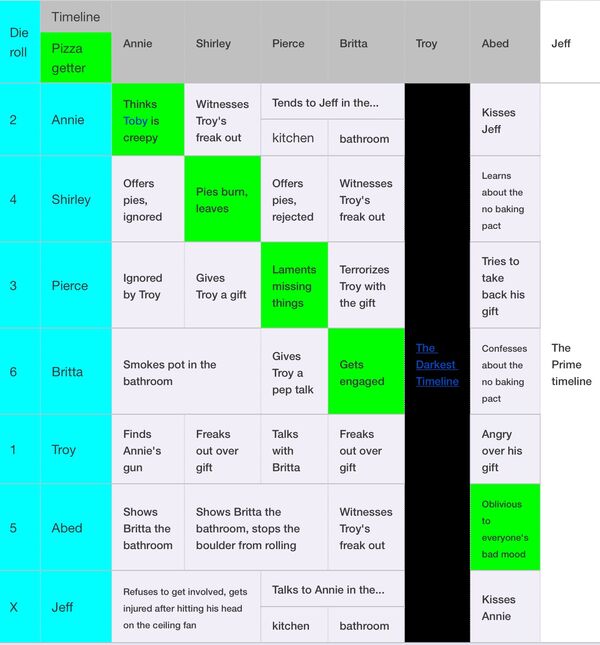 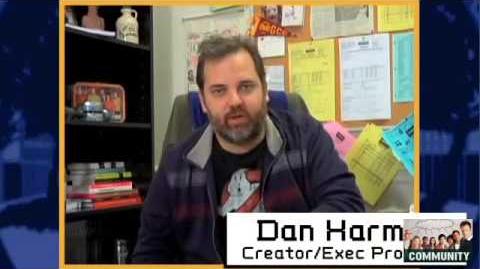 "Community" creator and showrunner Dan Harmon posted on his Tumblr blog exclusive pictures showing how "Remedial Chaos Theory"'s story was broken down in the writers room. Using "Story Circle's", each character's journey in the story was meticulously plotted out on dry eraser boards. 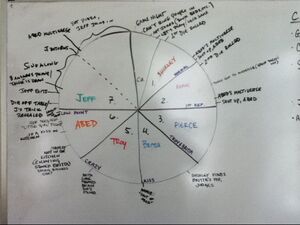 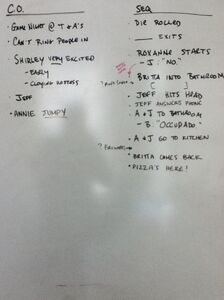 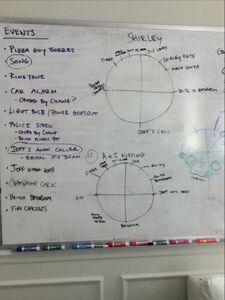 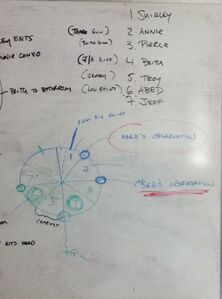 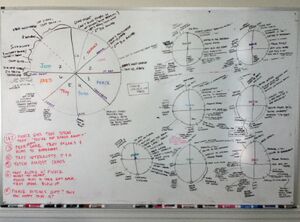 “There's no such thing as "Single Malt Platinum Boobs and Billiards Club"? Aw, I guess I never said it out loud.”— Jeff

“Chaos already dominates enough of our lives. The universe is an endless, raging sea of randomness. Our job isn't to fight it but to weather it together on the raft of life. A raft held together by those few, rare, beautiful things that we know to be predictable.”— Abed
“Ropes? Vines. Vines? Let him finish!”— Britta
“Us. It won't matter what happens to us as long as we stay honest and accepting of each others' flaws and virtues. Annie will always be driven, Shirley will always be giving, Pierce will never apologize, Britta's sort of a wild card from my perspective, and Jeff will forever remain a conniving son of a bitch.”— Abed