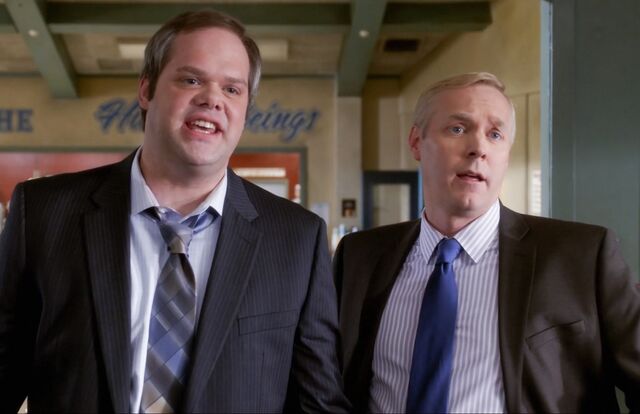 After that, a riot occurred in the cafeteria during a memorial service for the recently departed Star-Burns. Campus security lead by Ben Chang exacerbated the situation leading to the destruction of the schools Subway franchise. Richie and Carl, along with fellow school board member Chuck Saccardo, headed up an investigation to find out who was at fault. The prime suspects were the study group who had riled up the attendees to the event with hateful rhetoric against the school. Carl and Richie had them brought before the school board to answer to the charges. Just as Jeff Winger was about to defend his study groups actions he was interrupted by the arrival of Ben Chang.