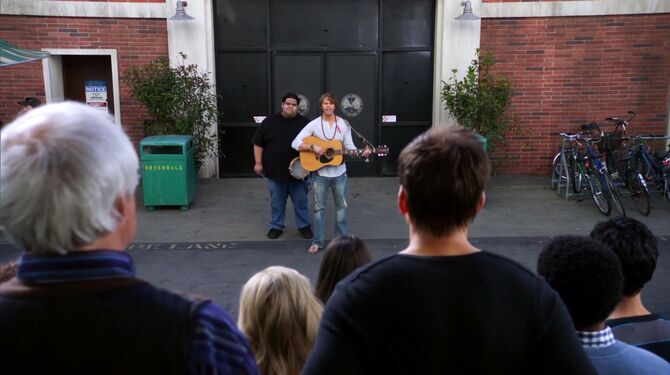 “I'm younger than the three of you put together.”— Pierce

“Troy? The other day after Spanish I thought he was trying to hold my hand but he had just mistaken me for Abed.”— Annie

“Some things are more connected than others, like tarantulas and me peeing my pants.”— Troy

“Why are we even talking about this?”— Annie
“'Cause you started having sex with Britta's ex-boyfriend.”— Jeff
“We haven't even kissed yet!”— Annie
“That doesn't mean you're not having sex.”— Pierce

Retrieved from "https://community-sitcom.fandom.com/wiki/Romantic_Expressionism?oldid=70882"
Community content is available under CC-BY-SA unless otherwise noted.