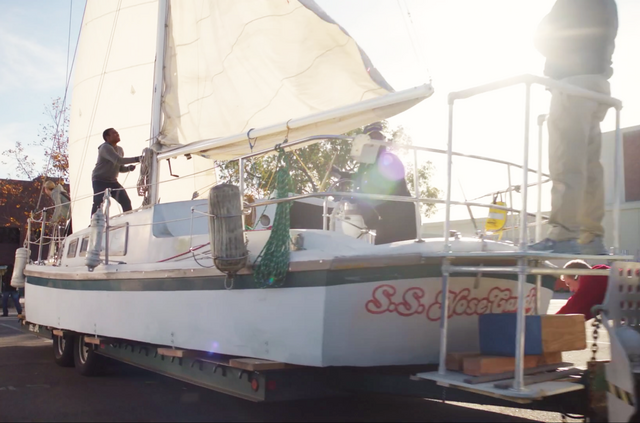 The S.S.Nose Candy is a sailing vessel bought by Greendale at a government action. Although the nearer body of water was two hours away, the school offered a course in boating which the ship was used for. The class was taught by "Admiral" Lee Slaughter who tried to impart other lessons on his students besides learning how to properly steer a boat. The S.S. nose Candy's first appearance was in the Season One episode "Beginner Pottery".

In the study group's first year at Greendale, Pierce convinced Shirley, Britta, and Troy to join him in a boating class the school was offering. Star-Burns also signed up for the course and they all met up later in the school's parking. It was there that the class training boat the S.S.Nose Candy was located. Pierce unsuccessfully tried to christen the ship with a bottle of wine when the course instructor, "Admiral" Lee Slaughter, emerged from the lower decks. He greeted his students and explained what to expect from the class. Slaughter then made Shirley the captain of the vessel much to Pierce's disappointment.

The following day Shirley led the team in a nautical simulation working in perfect synch and earned praise from Slaughter. However, Pierce accidentally got caught by a swinging mast and was suspended on the jib above the parking lot. Slaughter gave the class a "D" for the day and warned Shirley that she'd better get her team on the same page. At the next class, Slaughter increased the difficulty of his simulation putting his students in the midst of a Perfect storm. During the excercise, Pierce fell off of the boat into the "sea" and Shirley was forced to make a hard decision. She ordered her crew to abandon him and steered the boat away from the storm. 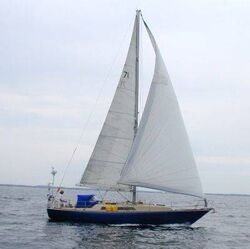 The "S.S.Nose Candy" is a Sloop, a type of sail boat characterized by having a single mast, fore-and-aft-rigging a single headsail set from the forestay. It sometimes also has a short standing bowsprit. On the show, the boat was bought at a government auction and it's hinted it's previous owner was either a drug dealer or user as the name of the vessel itself is a slang term for cocaine.
Retrieved from "https://community-sitcom.fandom.com/wiki/S.S.Nose_Candy?oldid=50858"
Community content is available under CC-BY-SA unless otherwise noted.