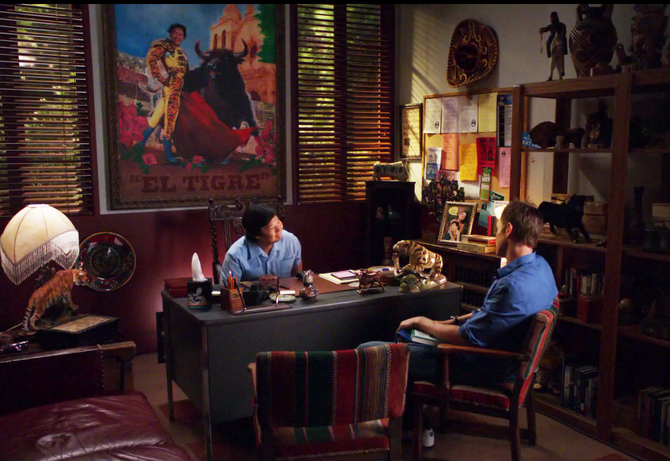 During the study group's freshmen year at Greendale Community College, Ben Chang was their Spanish teacher who declared himself a "Spanish genius" and preferred to be called "Señor Chang" or his self-appointed nickname "El Tigre Chino". At the time he had his own office filled with decor that reflected his Spanish obsession including ceramic tigers, toros and as the centerpiece, a giant portrait of himself in a bullfighters uniform taming a bull (captioned "El Tigre"). Its first appearance was in the Season One episode "Environmental Science". Its last appearance was in the episode "English as a Second Language".

Retrieved from "https://community-sitcom.fandom.com/wiki/Se%C3%B1or_Chang%27s_office?oldid=59139"
Community content is available under CC-BY-SA unless otherwise noted.