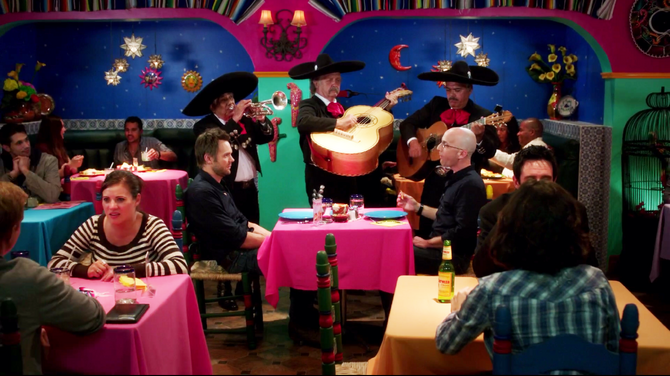 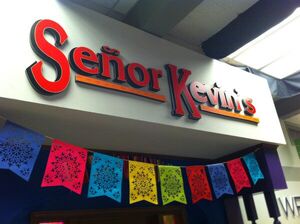 Señor Kevin's is a Mexican themed restaurant that became a frequent locale in the study group's third year at Greendale. A sampling of the menu items includes the Siesta Salad, the Top Nach-O's, a cage-free bean burrito made with micro-financed flour, along with a wide variety of margaritas. Despite it's popularity, Abed doesn't like the place because of a disagreement with the manager. It first appears in the Season Three episode "Studies in Modern Movement" and its last appearance was in "Basic Human Anatomy". 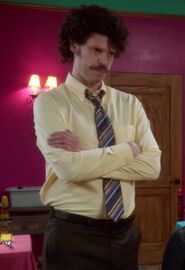 Señor Kevin's manager
The manager of the restaurant. He has an intense hatred for the movie "Die Hard". Abed considers him his sworn enemy.
Portrayed by
James Kirkland 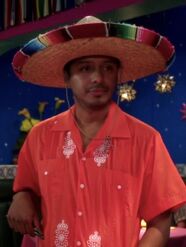 Señor Kevin's Waiter
The waiter who served Jeff and Dean Pelton on their "man date". Jeff had a Siesta salad with an Ice tea, Dean had a Top Nacho with a watermelon margarita.
Portrayed by
Carlos Moreno Jr. 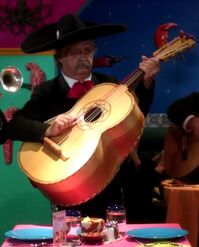 Señor Kevin's Mariachi leader
The leader of the mariachi band who plays the Guitarrón mexicano. He asks Jeff what song he wants played which tuns out to be "Adios Amore'
Portrayed by
Gary St.Valentine 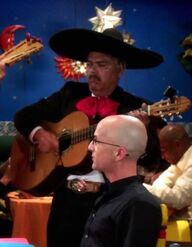 Señor Kevin's Mariachi guitarist
The guitar for the Mariachi band. 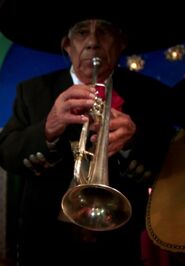 Señor Kevin's Trumpeteer
Plays the trumpet for the Mariachi band.

Retrieved from "https://community-sitcom.fandom.com/wiki/Se%C3%B1or_Kevin%27s?oldid=70529"
Community content is available under CC-BY-SA unless otherwise noted.