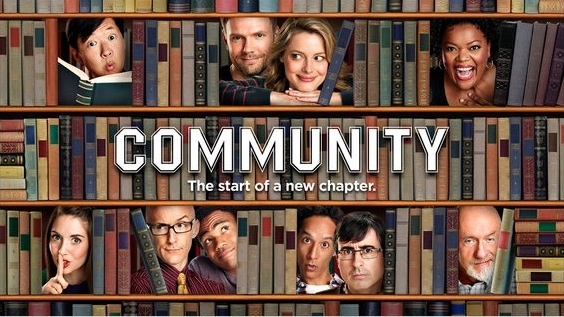 Another return includes writer Chris McKenna who, according to Harmon, will be his co-showrunner. On May 12, 2013 NBC announced their 2013/2014 schedule and Community was absent from the fall lineup. The show is expected to remain on the bench until midseason though it could return earlier if a timeslot opens up.

On July 7, online entertainment news site Vulture reported the news that Donald Glover is to have a reduced role this season appearing in only five of the planned thirteen episodes.

On April 17, 2014, Season Five finished airing its final episode "Basic Sandwich". The following month on May 9, NBC announced its Fall lineup and chose not to renew Community officially cancelling it. Creator Dan Harmon sent out a message to the cast, crew and fans of the show on his Twitter account:

After a month of negotiations with several different entities, Sony announced on June 30, 2014 that the online streaming service Yahoo Screen had picked the series up for a sixth season.

Th cast participated in a few interviews leading up to theI panel appearance at Comic Con.

Dan Harmon had an interview with Michael Ausiello of the online entertainment news site TV Line. Harmon revealed a few things to expect from Season Five. When asked about Donald Glover's reduced role this year, Harmon stated he has a story arc planned to deal with his limited appearances. Harmon also hinted that an all animated episode was in the works along with his desire to do a "disaster" themed episode and hints of possible developments for a particular pairing.

On July 21, 2013 Dan Harmon, Chris McKenna, Danny Pudi, Jim Rash, Gillian Jacobs, Alison Brie, and Ken Jeong all appeared at the annual San Diego Comic Con panel for Community. Dino Stamotopolous was there as well but Joel McHale and Donald Glover were absent. McHale did appear in a video package introducing the panel which was moderated by Chris Hardwick. 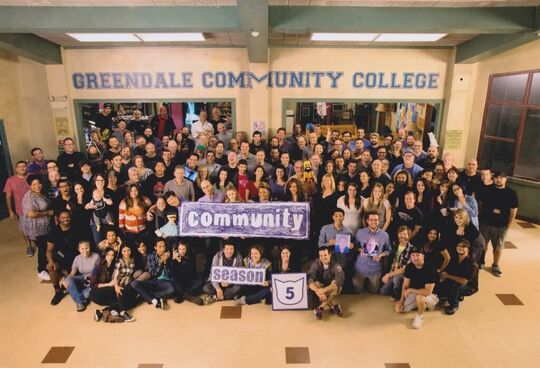 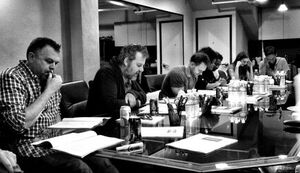 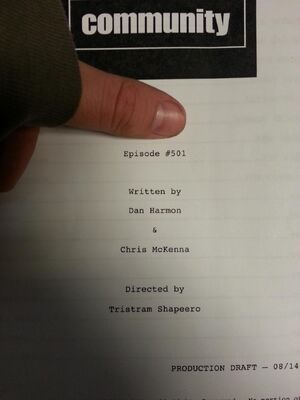 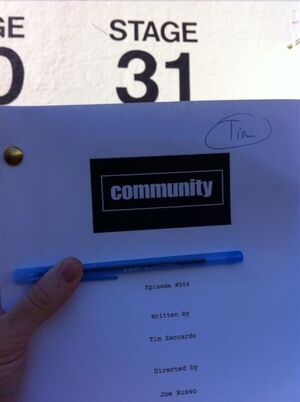 On August 14, Community writer Tim Sacardo tweeted a photo of the cast and crew doing a reading for the first episode of Season Five. On August 16 Dan Harmon tweeted the front of the script but covered up the name of the first episode. It's production code is #501 officially written by both Dan Harmon and Chris McKenna and directed by Tristram Shapeero. On November 4, the title was later revealed to be "Repilot" by actress Gillian Jacobs on a podcast interview of "Bullseye with Jesse Thorn".

On August 20, online entertainment news site TV Line reports that Rob Cordry will return in Season Five as Alan Conner, Jeff's old law firm colleague. Also, Entertainment Weekly reported that former "Breaking Bad" star Jonathan Banks will star in eleven of the upcoming thirteen episodes of Season Five as Annie's Criminology professor. On September 4, TV Guide reported that "Justified" star Walter Goggins will appear in Season Five as a mysterious character called "Mr. Stone". On September 11, the online news site Hollywood Reporter announced that "The Daily Show's" John Oliver will be reprising his role of Professor Ian Duncan in Season Five. He is scheduled to appear in at least six episodes. On September 18, 2013, the AV Club and Pop Culture Brain entertainment news sites announced that actor LeVar Burton will appear in Season Five. Burton posted pictures of his time on set which can be seen here. On October 3, it was announced by TV Line that Nathan Fillion would be guest starring on Community as a janitor called "Bob Waite" .

The following writers are confirmed to work on season five: 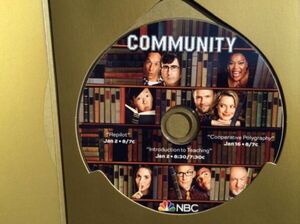 On December 10, 2013, a promotional DVD for Season Five was sent out to selected critics for early reviews. It contained three episodes: "Repilot", "Introduction to Teaching" and the previously unnamed episode #504 "Cooperative Polygraphy". The AV Club posted a picture of the DVD on their twitter account.